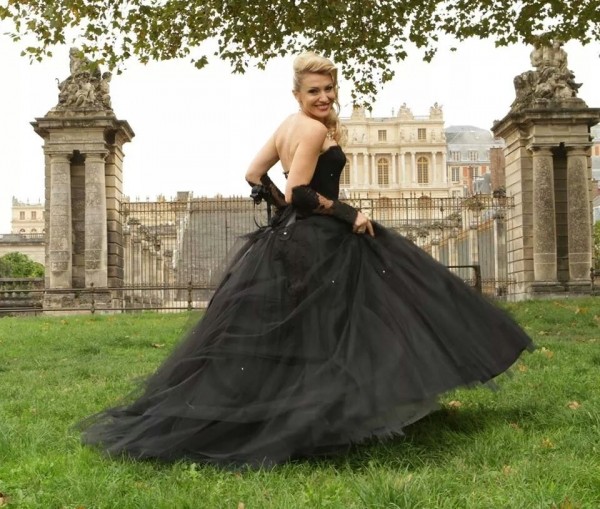 Acclaimed soprano Delia Noble, who is set to appear alongside legendary Placido Domingo as Musetta in a new production of 'La Bohème', and young pianist Alexandru Lazăr team-up for a feast of operatic evergreens and Romanian songs on one of the most beautiful musical stages in London.

Delia Noble began her singing career in Iași, Romania and continued her musical studies at the National Conservatory of Paris. She was awarded the main award of Lanterna D’Argento in Genova, Italy. She also received in 2007 the prestigious Grand Prize of Interpretation, offered by the Principality of Monaco, after an electric debut as Susanna in 'The Marriage of Figaro'. Delia has worked alongside recognized masters like Ileana Cotrubaș, Montserrat Caballé and Jannine Reiss, Maria Callas’s coach and voice teacher, with whom she regularly undertakes master classes. She is a close collaborator of renowned conductor Lawrence Foster. At the Opera of Monte Carlo, Delia featured as Mimi in 'La Bohème', in a production starring Andrea Bocelli, and as Missia Palmieri in 'The Merry Widow'; at the Opera of Nice, she was Lisa in 'The Land of Smiles' by F. Lehar; at the Opera of Monaco, she played Violetta in 'La Traviata' along with Franck Ferrari and Marguerite in Gounod’s 'Faust' next to the baritone Davide Damiani. She has also been a constant presence at the operas of Toulon, Marseille and Montpellier, and has given solo recitals with the Montpellier Philharmonic Orchestra under the musical direction of Rene Koering. By love of Romania, her country of birth, and of France, her adopted country, Delia has founded the association 'Les Voix Nobles, which aims at promoting young artists through cultural exchanges between the two countries. Throughout her charity work, she has enjoyed support from the Embassy of Romania in Paris, the General Consulate of Romania in Marseille as well as cultural personalities like J.P. Foucault, Janine Reiss, Leontina Văduva, and Viorica Cortez.