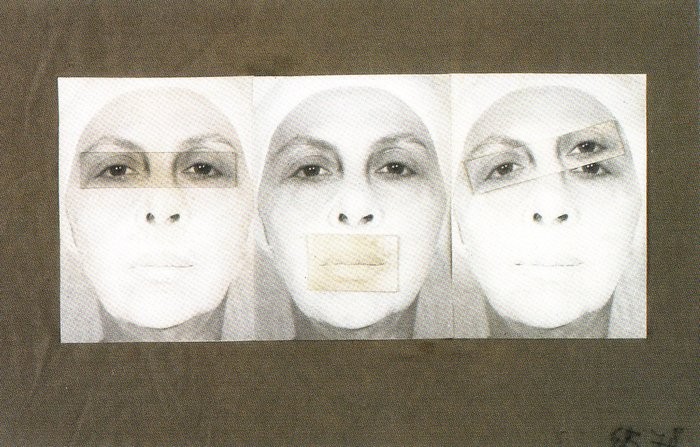 Tate Liverpool’s summer 2015 season presents three artists whose practices interrogate the relationship between context and form, balancing between abstraction and codified signs. Reflecting different eras and locations, from perspectives both East and West, the season examines artistic, social and cultural developments occurring in the post-war period.

“Is he the greatest living painter in the United States?” This question, posed by Life magazine of Jackson Pollock in 1949, helped to cement the artist’s status. Pollock (1912–56) however would spend the rest of his life seeking to justify its implications. Fearing creative stagnation, he also sought to reconfigure the celebrated abstract expressionist style of painting he had pioneered. Jackson Pollock: Blind Spots explores these developments, tracing the departure, in 1951, from his famed drip technique. Beginning with works made during the classic drip period, the exhibition explores this much-debated transition, which resulted in a period in which Pollock would produce works that came to be known as black pourings, or black paintings. Figurative, near calligraphic and rendered almost exclusively in black, art historian Michael Fried believed them to be of “virtually limitless potential.” Revealing the “blind spots” within an extensive and expansive practice, the exhibition juxtaposes key phases of Pollock’s career, and includes lesser-known works—spanning drawing, printmaking and sculpture—to provide new insights into this pivotal figure’s contribution to and lasting effect on modern and contemporary art.

Glenn Ligon (born 1960), who has said that “an artist uses history…as the raw material for one’s practice,” might be considered the echo, reflection and even conscience of Pollock’s post-war legacy. In his curatorial project Encounters and Collisions Ligon draws on major figures and works with which he shares affinities to situate post-war American art history within wider political and cultural contexts. Works of his own—relating in particular to abstraction’s relationship to literature and history, as well as the black experience and sexuality—are in dialogue with abstract expressionists ranging from the canonical Willem de Kooning to the still under-recognised Beauford Delaney, and key figures from American and European art movements of the 1960s and ’70s—such as Andy Warhol, Joseph Beuys and Adrian Piper. Lending the show its title is leading arte povera artist Alighiero Boetti’s Incontri e Scontri (Encounters and Collisions) 1988. Contemporaries of Ligon, such as Felix Gonzalez-Torres, Byron Kim, Zoe Leonard and Lorna Simpson, highlight the shifting experience of American identity, examining difficult questions around language, power, race, gender and sexuality. The exhibition manifests what might be called an autobiographical art history. Ligon has said “I realized that juxtaposing my own work with that of others could be an extraordinary way to show a viewer how encounters and clashes fuel the creative process.”

Her first solo exhibition in the UK, this introduction to Geta Brătescu’s singular vision comprises significant works from 1970 to the present day and includes a newly commissioned large scale collage for the entrance of the gallery. Brătescu (born 1926) studied fine art and literature in Bucharest and developed a practice that encompasses textiles, printmaking, performance and installation. She places a particular emphasis on the act of drawing across different media, stating “for me, the line is the essence.” In recent years, Brătescu’s distinctive practice has focused on collage, or “drawing with scissors” as the artist describes it. Her work has remained consistent in her questioning of identity and our place in the world, and her dedication to the drawn line.

Geta Brătescu is curated by Eleanor Clayton, independent curator and Lauren Barnes, Assistant Curator, Tate Liverpool. With thanks to Marian Ivan at Ivan Gallery, Bucharest for supporting the development of the exhibition. Additional support from Hauser & Wirth Collection and Galerie Barbara Weiss, Berlin.