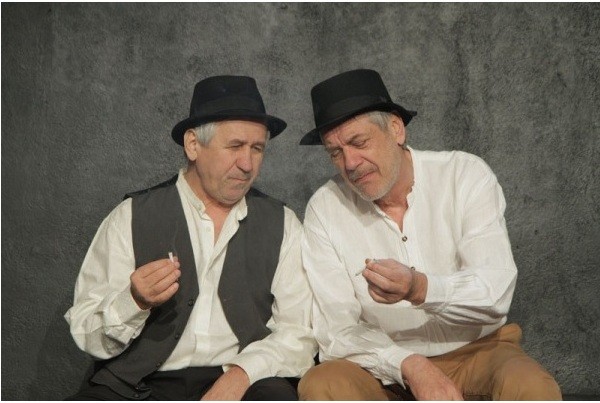 The Morometes 60: "The World According to Moromete"

In a tour de force of dramatic flair and supreme acting skills, legendary stage and film actors Marcel Iureș ('Mission: Impossible', 'Hart’s War', 'Pirates of the Caribbean') and George Mihăiță ('The Reconstruction', 'The Silent Wedding'), under the accalimed direction of Alexandru Dabija, revive the colourful world of the Morometes from the homonymous novel by Marin Preda in a theatrical production imbibed in the ancestral wit, mischievous humour and ultimately tragic outlook of the archetypal Romanian peasant. The play depicts shrewd Moromote, the patriarch of the clan, engaged in a hilarious exchange with his best friend as they question the social and political mores of a world gone astray.

This is a production of ACT Theatre in Bucharest, presented in London by the Romanian Cultural Institute.

This performance is part of 'The Morometes: The Jubilee of a Masterpiece (1955-2015)', a celebratory programme that revisits the interplaying worlds of Marin Preda and his memorable characters through film, theatre, photography exhibition, and talks.