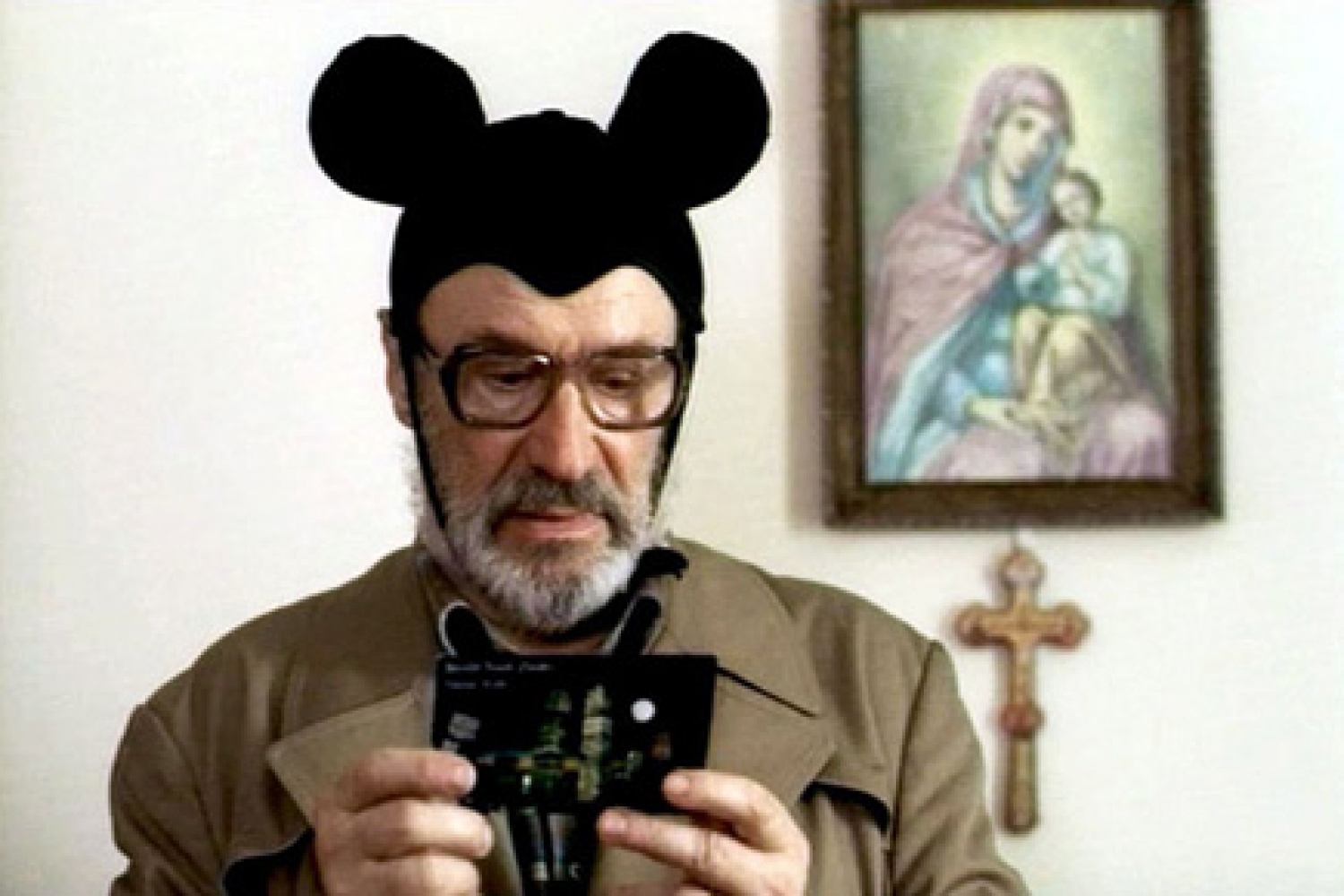 The Romanian Cultural Centre in London, The Ratiu Foundation UK and The Other Cinema are very proud to present the first Romanian Film Festival ever to take place in the UK – Go Romanian!

Too little is known about film in Romania. But the short Romanian Film Festival at London’s Other Cinema aims to rectify the situation. The country’s best-known director is Lucian Pintilie and his latest feature, ‘Niki and Flo’, will be introduced by its star, Victor Rebengiuc.

The remainder of the programme concentrates on up-and-coming film-makers, like Cristian Mungiu, whose shorts ‘Zapping’, ‘Nothing by Chance’ and the outstanding ‘The Firemen’s Choir’ are both visually inventive and hilariously eccentric.

The tone darkens considerably for the other feature premieres. Calin Netzer’s ‘Maria’ is the neo-realistic story of a mother driven to prostitution by her husband’s gambling, while a road racer confronts the pop manager-cum-gangster out to wreck his life in Radu Muntean’s ‘Rage’. But the most disconcerting offering is ‘Exam’, Titus Munteanu’s flashbacking study of police corruption and vigilante justice under the Ceaucescu regime. (David Parkinson, BBCi Festivals and Seasons)

Screenings include the latest Romanian feature films produced in 2002 and 2003 and shown at the Cannes and Locarno Festivals, where some of them received awards. We have also dedicated a day in this season to short films made by young Romanian directors.

The highlight of the Festival is Lucian Pintilie’s latest film NIKI AND FLO, presented at Cannes earlier this year but not yet premiered in Romania. London will see it first! NIKI AND FLO’s leading actor, Victor Rebengiuc, will come from Bucharest especially for this occasion, to meet his London audience and talk about the film. Victor will be joined by two other guests from Bucharest: film critic Mihai Chirilov, and Alina Salcudeanu from Romania’s National Centre of Cinematography.

The Festival will be launched on 9 October 2003 at 7.00 p.m. by two great friends and supporters of Romanian culture: Mr Nicolae Ratiu, Chairman of the Ratiu Foundation UK and Dr Robin Baker, Deputy Director General of the British Council.

Niki is a retired colonel whose son has just died in an accident.
His daughter, Angela, is married to the son of Flo, his neighbour from across the street. Flo is a bohemian left-over from seventies, a passionate home video fan and a closet tyrant who constantly humiliates Niki.

Flo makes his ultimate gesture of humiliation when he forces Niki and his wife to dress up as cartoon characters… But on National Army Day, spurred on by the fanfare, Niki puts on his uniform, picks up a hammer and crosses the street to Flo’s house…

Is a veteran Romanian filmmaker, who began his career in Bucharest in the 50s’ and fled the Ceausescu regime in 1972 for Paris. Throughout his work he has explored questions of tyranny and remorse – often relating directly or allegorically to the history of his own country.

Co-written by the same team who crafted the critical hit from 2001, ‘Stuff and Dough’, Cristi Puiu and Razvan Radulescu, director Pintilie finds himself on familiar ground. Most of the characters in what may be dubbed ‘the tragedy of a ridiculous man’ recall the ones in his best film to date, ‘The Oak’. The story moves in a similar manner and its restrained simplicity makes the shocking end more effective. Some hilariously absurd comic situations are difficult to translate, but that didn’t stop the film taking France by storm. Victor Rebengiuc in a title role gives a terrific performance. (Mihai Chirilov)

(Short film/Romania/ 2000/14min/English subtitles)
Cast: Hanno Hofer, Ion Fiscuteanu, Magda Catone, Valeriu Andriuta, Alberto Svet, Doina Caradan
What if we found out that every time we touched the TV remote, we didn’t automatically switch channels, but instead we signaled an employee, somewhere, who was paid to do the job manually? The main character of the movie, a zapping addict, finds out about this from the very person who changes the channels for him, and who, one night, decides to address him directly from behind the screen.

NOTHING BY CHANCE (Nici o Intamplare)

(Short film/Romania/2000/16min/English subtitles)
Cast: Alexandru Repan, Valeriu Andreuta, Cosmin Selesi
Two petty thieves decide to try their fortune in a big city. They draw straws, and one of them gets to wander along the streets and pick a house to break in. But once inside, he meets the owner and finds out he was expected.

(Short film/Romania/ 2000/30min/English subtitles)
Cast: Mircea Diaconu, Ioana Gyuri Pascu, Ecaterina Nazare, Valeriu Andreuta, Vali Pavel, Alexandru Popescu
The cultural elite of a small provincial town gathers for the burial of a famous old man, the great Alexandru Parlogea Colibasi. They had all known the deceased in various circumstances, but now they seem to be preoccupied by completely different things (than the one that had brought them together).The old man’s nephew, still a child, is the only one who really cares and desperately resists the general indifference. He seems so lost- he needs a sign and the old man is going to give him one.

was born in 1968, and took his first degree in English and American literature. A graduate of Bucharest film school, he worked as assistant director on some 15 features from 1994 to 1998, among them Bertrand Tavernier’s Captain Conan and Radu Mihaileanu’s Train de vie. He has worked as a journalist for various magazines, and has published short stories in literary periodicals and directed several prize-winning shorts. He wrote the scripts for Tina and her Mother and For City Ends.

(Feature/ Romania/Germany/France/2003/94min/English subtitles)
Cast: Diana Dumbrava, Serban Ionescu, Horatiu Malaele
The Romanian film tells the story of a mother of seven who turns to prostitution to try and support her family.

Calin Netzer was born in 1975 in Petrosani in Romania. In 1983 he emigrated to Germany with his parents. His family lived in Stuttgart where he completed his education. After graduating from high school, in 1994 he entered the Bucharest Theatre and Film University and passed his diploma in directing in 1999. Maria is an adaptation of the well-received short film of the same title that he had made in 1997, winner of the Special Jury Prize and Distribution Prize at the Berlin Festival in 1997, and the Grand Prix for Best Short at Barcelona in 1998.

Director’s statement
Maria is a film that presents a destiny. In a desperate situation, a woman chooses prostitution as a last-ditch solution and sends for her seven children. Beyond the implications of this (real) case, the film also depicts the struggle against the adversities of a seemingly never-ending, deeply scarring transition. Ion, Milco and Mala are characters who try to make a change in their lives. In fact for them this change means nothing more than survival. Unemployed people, prostitutes who accost truckers at road junctions, tenants of flats who can no longer afford to pay the maintenance, two-bit crooks: all live a chaotic ruthless existence. Still, responsibility, friendship, even love, are not absent from the picture. Yet none of these characters can actually alter their destiny – with the exception of Maria. Moved by her plight, the authorities decide to come to her assistance. But this tiny flicker of hope soon dies out. And disappointment turns to tragedy. Maria will pay with her life for a moment of dignity. The film brings into the limelight a tragic guilt, which, in a way is redeemed by the power of sacrifice.

Given the tragic true story on which this first feature is based, it’s more than welcome the mix of real drama with fictitious comedy courtesy of Kusturica’s former screenwriter, Gordan Mihic. Maria is that kind of infectious melodrama quite difficult to handle if you don’t know when to say ‘cut’. Director Calin Netzer delivers the goods. The eponymous character is wisely underplayed by a young theatre actress Diana Dumbrava in her first major role in a film – this is an achievement since most Romanian actors keep their stage habits once they’re up on the big screen. (Mihai Chirilov)

In a city polluted by oriental music (“manele”), drugs and hellish car races, one can only survive by paying a price – sometimes even the life of another.
Two friends, Luca and Felie (Slice) enter the game of illegal car races, borrowing money from a local shark known as Gabonu, who also happens to be a friend and protector of the famous “manele” interpreter, Adrian Copilu’ Minune.

Problems occur when Luca dares to win a race he was supposed to lose, thus losing gambling money belonging to Gabonu, the mobster. An adrenaline-pumping film, full of black humor, this is a parody of a society run by capital nonsense, where life is nothing but another currency.

“Rage is the movie of a generation”.

Radu Muntean
Graduated The Romanian National Film School as a director in 1994.
Since then he directed several school short films, a few films for the Romanian public television and over 200 TV commercials (which brought him national and international awards).
With ‘Rage’ he makes his debut in fiction.

One of the most stylish and technically superb Romanian films yet. 32 years old Radu Muntean made his reputation shooting hundreds of commercials, but his visual flair never takes over the storyline. A film young people can relate to – a hyperkinetic black comedy turned to tragedy, about survival in a cruel world run by small nothings and big cash. Special mentions go to the two leads who literally burn the screen, young Dragos Bucur and Dorina Chiriac. (Mihai Chirilov)

The movie is inspired by a real case. In 1977, a crime committed by a psychopath has to be solved (by Ceausescu’s order) in less than one week. As the culprit is not easy to find, the solution becomes obvious: inventing one. Five years later, when the real killer is caught, the innocent man is set free. Traumatized by his experience, he tries to understand the ordeal he has gone through and soon meets a dilemma: does he have a right to seek revenge?

This part-thriller, part-scapegoat story based on real events during Ceausescu era follows its anti-hero until the present time and makes him the subject of a doc shot on video by a team of young film students. This ingenious device masks the severe financial problems of the shooting. The film puts the initial story in an intriguing new perspective and ends on a striking note – under a MacDonald’s sun umbrella. Judgment Day arrives as the film students turn into modern torturers. Those who forget the past or simply don’t pay attention to it are condemned to repeat it. (Mihai Chirilov)