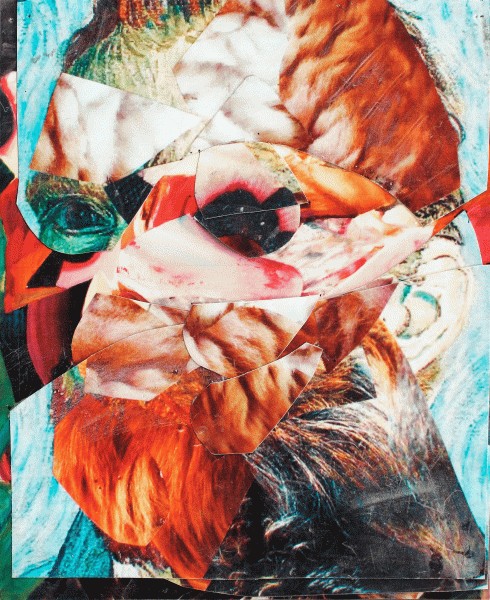 As the Centenary Year 1918-2018, celebrating 100 years since the creation of Greater Romania, is about to commence, we look back at a century of visual arts triumphs through the greatest collection of Romanian masters ever to have been on display on the banks of the Thames. Set up by Lavacow Bucharest with the support of the Romanian Cultural Institute and the Romanian Embassy, ‘Going East’ is the first in a series of exhibitions curated by Ioana Ciocan, bringing together some of the biggest names in Romanian art: Corneliu Baba, Sabin Bălașa, Gheorghe Berindei, Horia Bernea, Ion Biţan, Geta Brătescu, Ștefan Câlția, Codruţa Cernea, Răzvan Cornici, Horia Damian, Constantin Flondor, Adrian Ghenie, Marin Gherasim, Ion Grigorescu, Octav Grigorescu, Iulian Iftodiu, Răzvan Ion, Sergiu Laslo, Gili Mocanu, Răzvan Năstase, Paul Neagu, Mircea-Maurice Novac, Jules Perahim, Beniamin Popescu, Radu Rodideal, Mihai Rusu, Mircea Suciu, Roman Tolici, Napoleon Tiron, Bogdan Vlăduţă and Dan Voinea.

“The route we are inviting you on tempts its travellers to test their sense of direction. The East is never a fixed location but a characteristic attributed differently depending on your perspective. To an extra-terrestrial our coordinates are perfectly meaningless – it is impossible for us to explain our notions of left or right, east or west.

The present exhibition is an attempt to unravel a century of Romanian art and simultaneously reveal that there is much more to contemporary Romanian art than eastalgia. Indeed, there is a repository of eastness within the works of artists such as Adrian Ghenie, Geta Brătescu, Mircea Suciu, Ion Grigorescu. Years of exploration in a different semiotic and ideological space necessarily resulted in a unique voice. Nonetheless, they also succeeded in touching a vein of meanings with universal relevance by exploring themes such as the human condition and introspection. The artists we are introducing place themselves beyond contextual realities.

We aim to show that Romanian contemporary art has diverse aesthetic standpoints, all-questioning and elastic, a kaleidoscope that appears to be unordered and yet turns out to be a special kind of order, a ‘chaosmos’ (G. Deleuze and F. Guattari, A Thousand Plateaus, 1980) of conceptualism, Neo-realism, Neo-expressionism co-existing with undertones of the symbolic figurative style, a sense of the sacred and many other playfully blended representational levels.” – Ioana Ciocan

Lavacow is one of Romania’s boldest initiatives aimed at promoting European art, with a focus on the best contemporary Romanian and Eastern European visual artists. A wide selection of high-quality art from new promising artists, on their way to public acclaim, is presented alongside internationally established artists.

Ioana Ciocan is an independent curator based in Bucharest. Between 2015-2016, she was part of the Curatorium team that developed the bid for Bucharest 2021 – European Capital of Culture. Ciocan is the initiator and coordinator of several art in public spaces programmes, among which the most recent one is Keep the Change, Lea Rasovszky, (London, UK, August 2016 and Leicester, UK, September 2015). She curated the From Love. Moral Facts (National Contemporary Art Museum Bucharest; Victoria Art Centre and Ciclop) and After 25 Years (NAG Pop Up Gallery, Bucharest) programmes. In November 2014, she co-curated, with Cees Hendrikse (NL), “Transformation. Romanian Sculpture 25 years after the Revolution” at Beelde Ann Zee Museum in The Hague. She has given a series of lectures on art in public spaces and curatorial practice in Romania and worldwide. From 2011, Ciocan is an associate editor for Arta Magazine. Among her publications, by Vellant, are a+b (2016), Transformation. Romanian Sculpture 25 Years After the Revolution (2015) and Proiect 1990-art in Public Spaces, Bucharest 2010-2014 (2014). Ciocan is also a juror for various projects such as Bucharest City Logo (2017), Diploma Festival (2016) and The Equestrian Statue - A Contemporary Subject, launched by Art Encounters as part of the Timişoara Architecture Biennial (2016), among others.