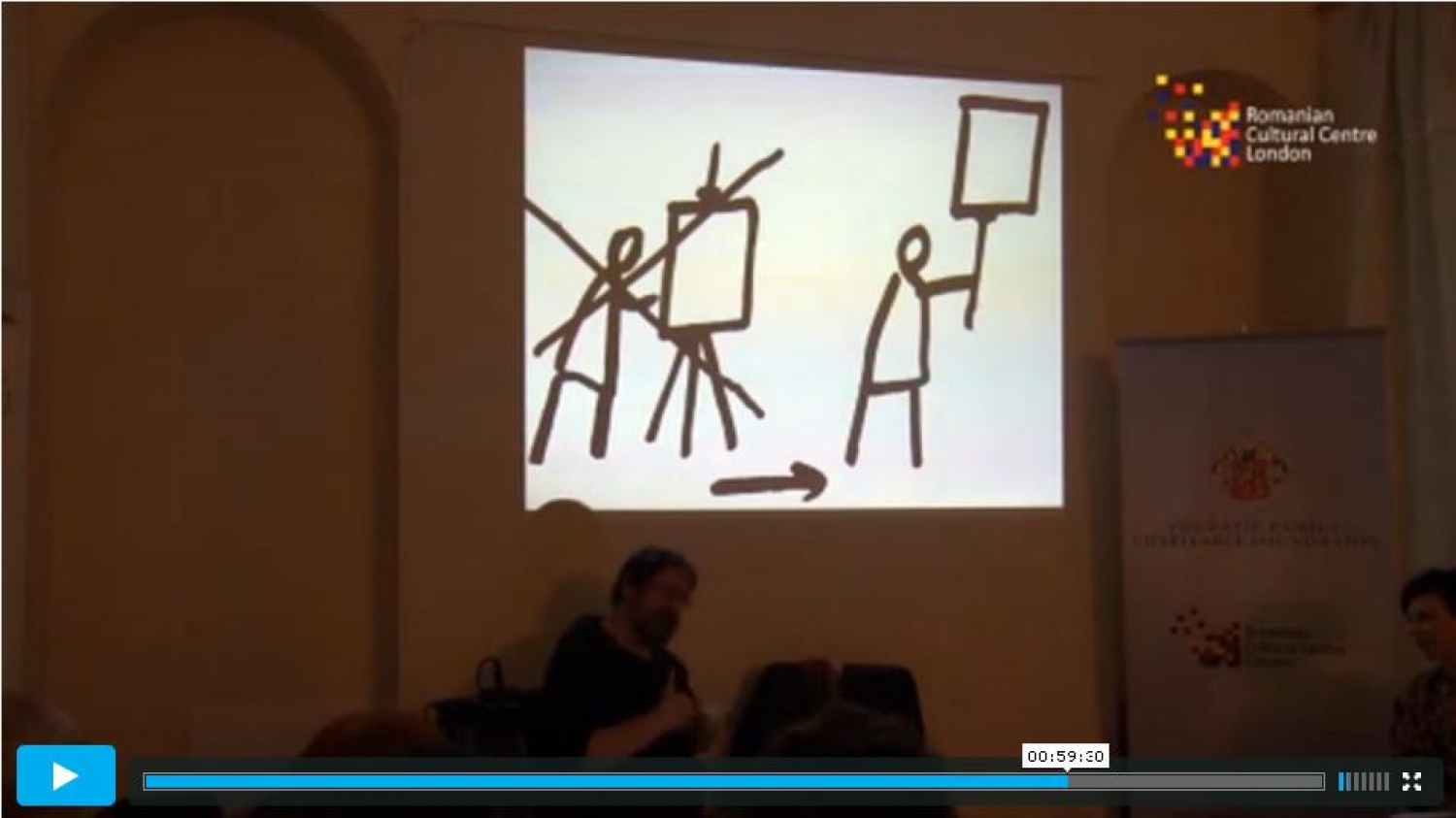 On the 21st of March, Romanian Cultural Centre in London (RCC) hosted an inspiring talk with Lia and Dan Perjovschi, who discussed their latest projects as well as the role artists play in shaping and influencing public opinion.

The presentation was followed by a Q&A, moderated by Mihaela Brebenel, researcher and Visiting Tutor at Goldsmiths University of London.

The artist couple came to RCC immediately after receiving the annual European Cultural Foundation (ECF) award - Princess Margriet Award at a ceremony in Brussels on the 19th of March, attended by HRH Princess Margriet of the Netherlands.

Known for their witty observations of everyday life, mixed with reflections on social and political issues, Lia and Dan Perjovschi will also be looking at the prevailing negative discourse in the British media about Romanian and Bulgarian immigrants ‘flooding’ the country in 2014. Being a target for the national press isn't an easy thing to deal with, as Dan Perjovschi is quoted in The Guardian as saying:

'It is always an irritation when you are questioned as a nation. And when media step in, anger increases or may go out of control. Facebook is full of mockeries of Brits and some superficial ‘patriotic’ feelings.  On the other hand, Romanians love the Premiership, Robbie Williams and Helen Mirren and the visual artists are obsessed with Tate Modern. Romanians had a great respect of UK because legend says that Tony Blair contributed massively to our EU bid. Therefore the actual situation is seen as a betrayal.'

Over the past 25 years, Lia and Dan Perjovschi have forged personal and challenging forms of artistic expression, bringing a unique contribution to the development of art in Eastern Europe. Their work has been on display in galleries from New York to Seoul and from Berlin to London and Reykjavik. Together they created the Centre for Art Analysis (CAA), a space for artists, students, philosophers and politicians to question dominant ideologies. They dedicated their studio to creating a truly democratic space for dialogue between cultures in Romania and Europe.

For more details about the event please click here.