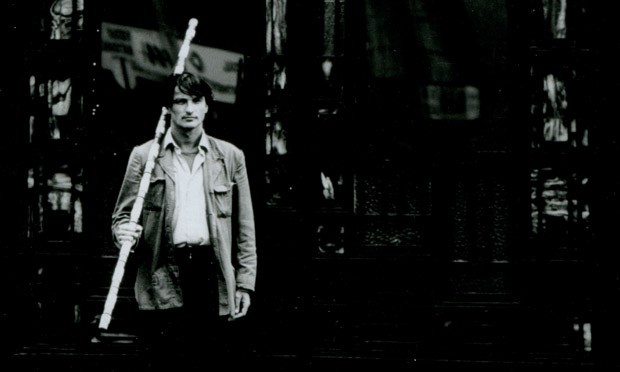 One of the most original and recognizable figures of Paris cultural scene of the 70's and a leading representative of the international avant-garde movement, Andrei Cădere (1934-1978) joins the greatest names of Abstract art of the 20th century as part of Whitechapel’s 'Adventures of the Black Square', a hugely illuminating retrospective opening on January 15.

Adventures of the Black Square. Abstract Art and Society 1915–2015 traces back a century of Abstract art, bringing together over 100 works by 80 leading representatives of modern art, including Kazimir Malevich, Carl Andre, Dan Flavin, Piet Mondrian, Gabriel Orozco and Aleksander Rodchenko. The exhibition takes a fresh look at this new art for a modern age, and asks how art relates to society and politics.

Andrei Cădere, descendent of a prominent family of interwar Romania, was born in Warsaw, Poland, where his father was the Romanian Ambassador.  After the war, as Romania descended into Stalinist dictatorship, he led a life of constant harassment and social exclusion. Cădere emigrated to France in 1967 and, after some years in the wilderness, emerged as one of the most innovative and original conceptual artists. A memorable apparition, always carrying with him the sticks that made him famous, he died of cancer in Paris in 1978. Andrei Cădere was best known for his handmade series of painted round wooden bars, challenging the boundaries between painting and sculpture. His bars could be positioned in all sorts of relations to their surroundings (on walls, floors, propped between the two, etc.), but he would also carry them around a number of outdoor locations and into other people’s shows and openings, a practice that brought him the nickname 'the Man with the stick'.