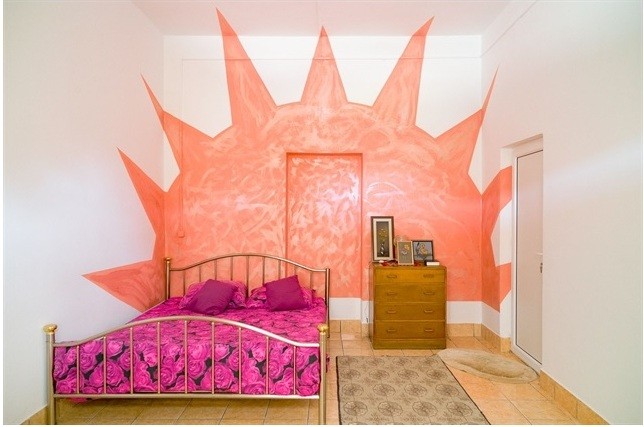 Romanian photographer Cosmin Bumbuț won this year's Sony World ‪Architecture Photography‬ Award with his project “Camera Intimă” (“Private Rooms”). From 24th of April you can see his works at Soemrset House London in Sony World Photography Awards Exhibition. The show presents extraordinary images taken from the competition’s record-breaking 183,737 entries from 171 countries, have something to appeal to all tastes.  From fine art landscape photography, to hard-hitting photojournalism, glossy commercial campaigns to simply stunning shots of everyday life, the images draw their inspiration from around the world and are taken by both professional photographers and enthusiasts.

Intimate Room by Cosmin Bumbut
About the project:

Once Romania joined the European Union, in 2007, the whole prison system went through major revamp and the biggest reform was to introduce the right to private visits. This means that a prisoner who is married or in a relationship has the right to receive, every three months, a two-hour private visit which takes place in a separate room inside the prison compound. Plus, if a prisoner gets married in detention he or she can spend 48 hours with the spouse in the special room and is allowed visits once a month in the first year of marriage. I started photographing the "private rooms" in 2008 and until now I photographed private rooms inside all Romanian penitentiaries (35 penitentiaries).