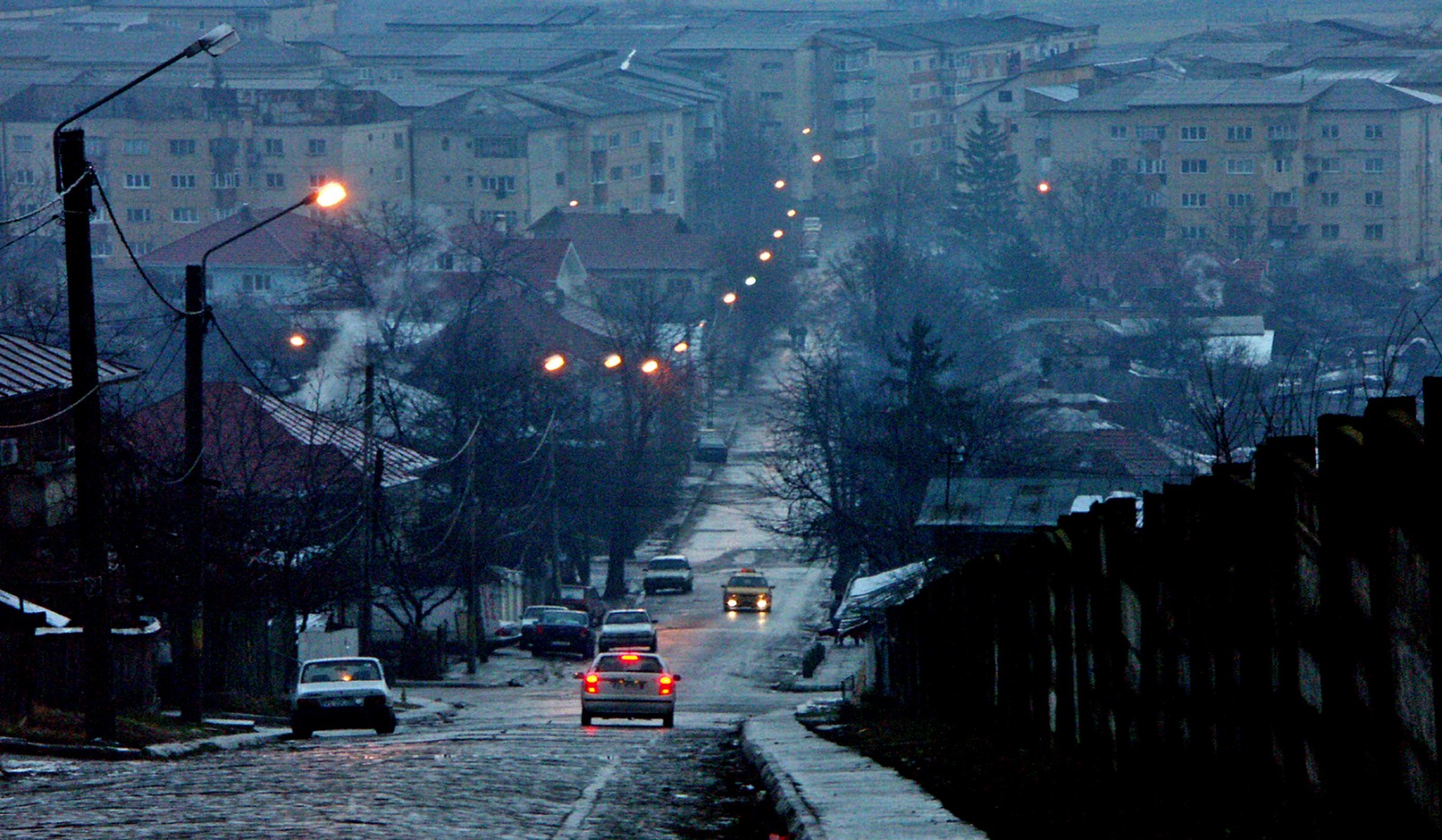 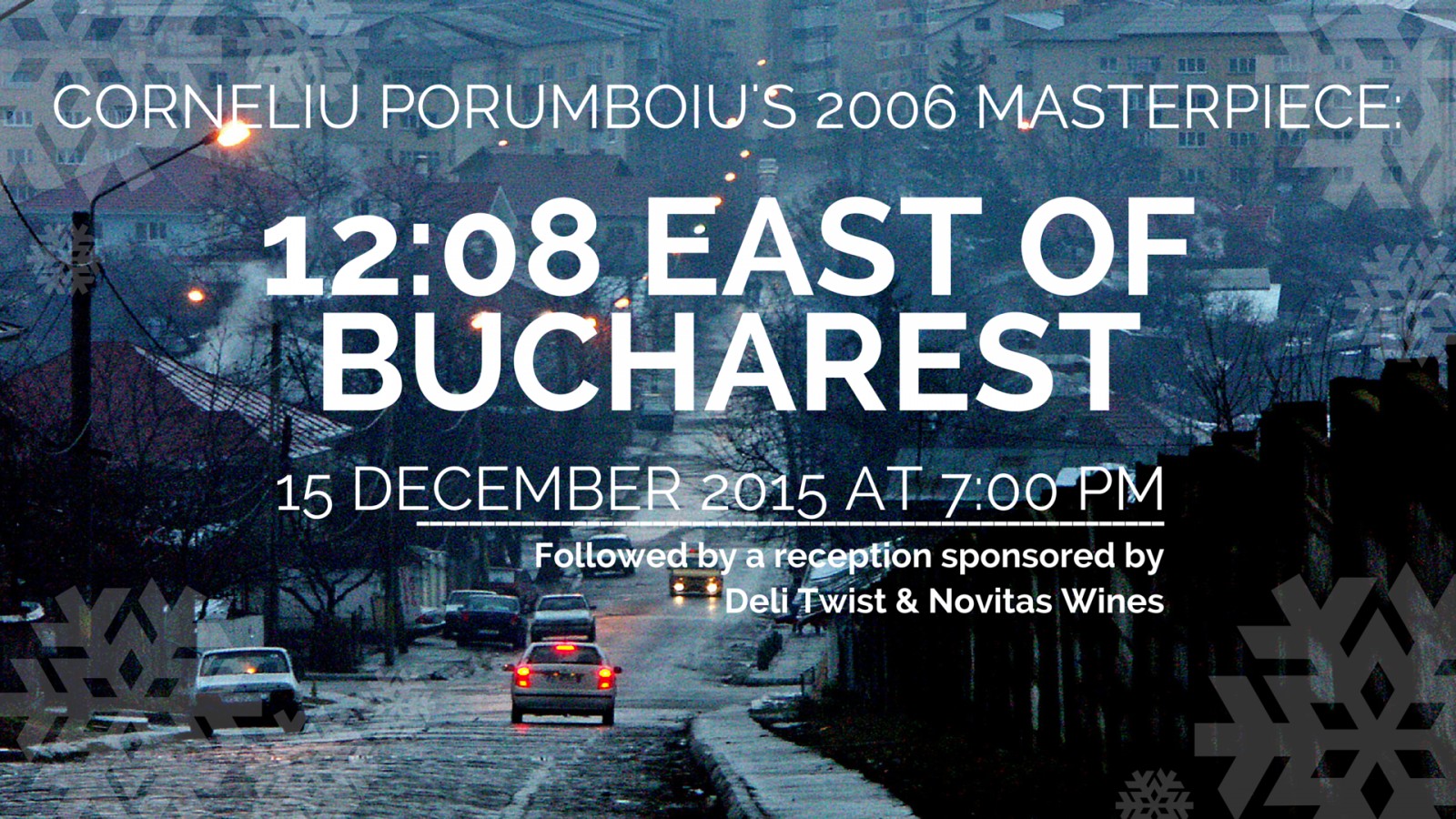 This year, our December event will not be a party, as usual, but a film night followed by a reception.
***
Tuesday, 15 December 2015, 7:00 pm @ the Romanian Cultural Centre in London
Manchester Square, 18 Fitzhardinge Street, London W1H 6EQ
Admission FREE. Booking is essential at bookings@romanianculturalcentre.org.uk
***
It has been a challenging autumn for Romania, filled with confusion, anger and sadness. This is why we would like to invite you to join us for the screening of Corneliu Porumboiu’s 12:08 East of Bucharest / A fost sau n-a fost (2006), the award-winning film that rummages through our recent past. Still topical 10 years on from its release, 12:08 East of Bucharest presents a collection of personal and collective stories about how history is made and endured.

You might have seen it already, but this “masterpiece of carefully orchestrated chaos” is our invitation to remember. History, people, events, the good times, the bad times, those lost and those forgotten.
To remember, but also to look forward to all those possible futures.

After the screening we invite you to share a glass of delicious Romanian wine and enjoy tasty pastries & traditional sweet bread (cozonac) courtesy of our sponsors Novitas Wines and Deli Twist.

About the film
The whole country watched live on television as angry crowds forced Romanian dictator Ceausescu to flee Bucharest by helicopter.
In a quiet town east of the capital, sixteen years since this historic day, the owner of the local TV station invites two guests to share their moments of revolutionary glory. One is an old retiree and sometime Santa Claus, the other a history teacher who has just devoted his entire salary to meeting his drinking debts.
Together they will remember the day when they stormed their town hall calling 'down with Ceausescu'. But phone-in viewers dispute the claims of the heroes, who may in fact have had other preoccupations, rather than rebelling in the streets…

About writer & director Corneliu Porumboiu (1975)
His short films “Liviu’s dream” (2003), “Gone with the Wine” (2002)  and “A Trip to the City” (2003) won him several international awards, including a Prix de la Cinéfondation in Cannes 2004. After being resident of Cinéfondation, he directed his first feature 12:08 East of Bucharest in 2005, which premiered at the Directors’ Fortnight 2006, and subsequently won the Camera d’Or. He is also known for his other award-winning feature films: Police, Adjective (2009) and The Treasure (2015).