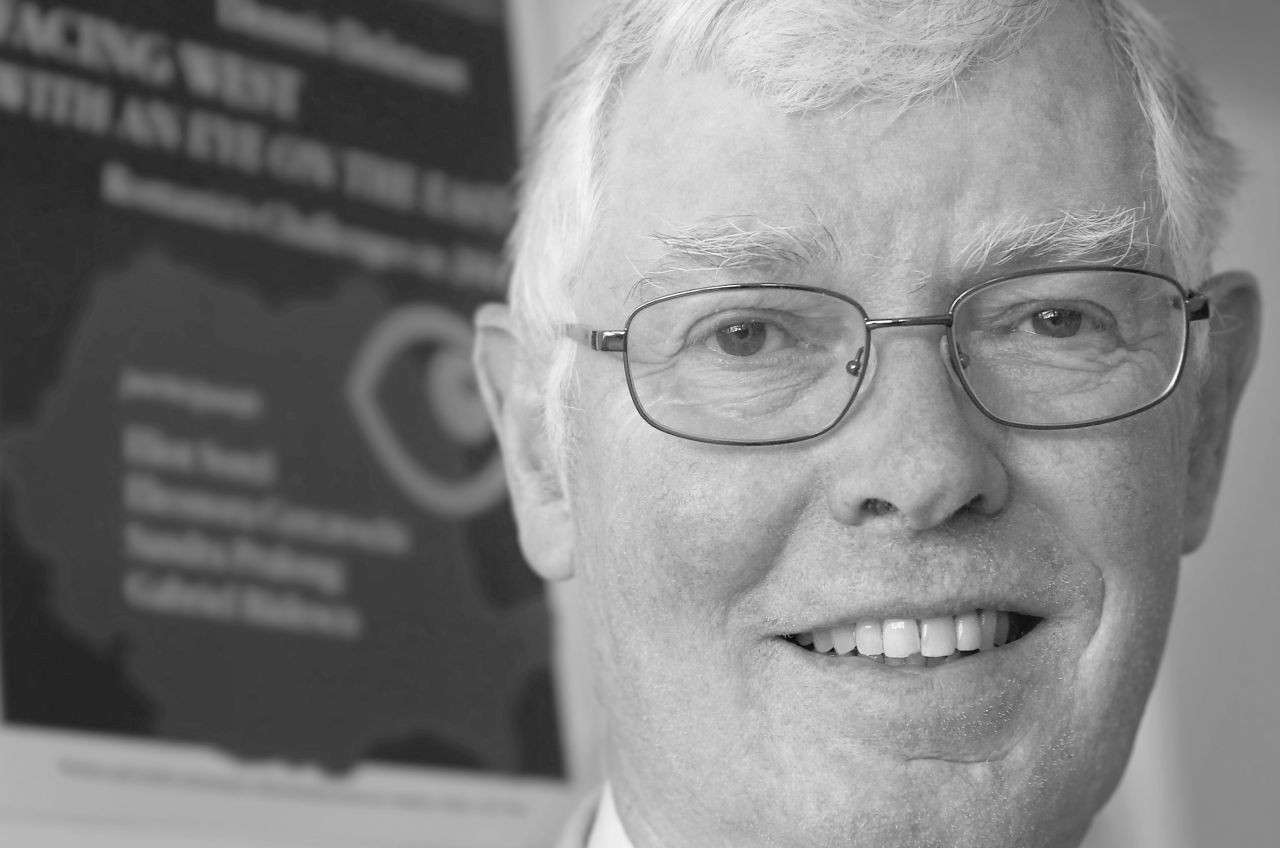 On October 24, CERES Professor Dennis Deletant was awarded the National Order of the Star of Romania by Romanian President Klaus Iohannis.
The award recognizes Dr. Deletant’s contribution to Romanian studies and his efforts to promote Romanian history, language and culture.

Dr. Deletant was previously recognized for his services to Romanian democracy with the National Order for Merit in 2000 by President Emil Constantinescu.
Dr. Dennis Deletant is the Ion Ratiu Visiting Professor of Romanian Studies at the Center for Eurasian, Russian and East European Studies. He is Emeritus Professor of Romanian Studies at the School of Slavonic and East European Studies, University College, London, having taught there between 1969 and 2011.
He also taught at the University of Amsterdam from 2003 to 2010 and was Visiting Professor at Babeș-Bolyai University in Cluj-Napoca, Romania from 2001 to 2003.

Dr. Deletant is the author of numerous publications on the recent history of Romania, including Ceauşescu and the Securitate: Coercion and Dissent in Romania, 1965-89 (London; New York, 1996), Romania under Communist Rule (Bucharest, 1998), Communist Terror in Romania: Gheorghiu-Dej and the Police State, 1948-1965, (London; New York, 1999) and Ion Antonescu. Hitler’s Forgotten Ally (London: New York, 2006). His most recent book is British Clandestine Activities in Romania during the Second World War (London: New York, 2016).