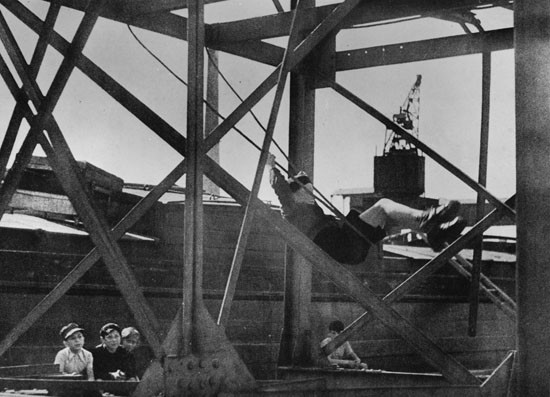 Eli Lotar - The Lost Son of The Avant-garde

Followed by a discussion with film-maker and curator Adam Roberts and events coordinator Ioana Stan.

Afterlast year’s great reception of Isidore Isou’s film “Venom and Eternity” (1951), Romanian Cultural Centre in London (RCC) has the pleasure to present  the work of Eli Lotar, another less known Romanian born avant-garde artist. To introduce him to our audience and illustrate his contribution to art history, we selected two documentaries: “Aubervilliers” (1946), directed by himself, and Henri Storck's “The Houses of Misery” (Les Maisons de la misère) (1937) where Lotar worked as cameraman.
The films are fine examples of subversive and radical social documentaries drawing upon the aesthetic traditions of negation, critique and provocation. Artists like Lotar and Storck used montage, collage and appropriation to produce radical artistic interventions which echoed in the social reality of those troubled times. The ripples of those echoes are still topical nowadays.
Eli Lotar (Eliazar Lotar Theodoresco, 1905–1969) can be easily placed among the most important artists of the 20th century. From his beginnings in photography, in the 1920s, as assistant of Germaine Krull, Eli Lotar was particularly interested in industrial architecture and the life of the working class, in accordance with a political commitment clearly marked on the left. With his “Slaughterhouses of La Villette” series, published in George Bataille’s journal “Documents” in 1929, Lotar became an iconic figure of the visual surrealist movement, yet one often unfairly marginalised in the history of art.

Although known for his photography, Lotar also worked as a cameraman on numerous cinematographic projects with filmmakers such as René Clair, Luis Buñuel, Jacques Brunius, Joris Ivens, Jean Painlevé, and Jean Renoir. He was renowned for his amazing technical prowess, using the camera as a discovering agent, ferreting out the essence of a scene.
“Aubervilliers”
Short documentary, France, 1946, 25 min
Cast & Credits:
Director: Eli Lotar
Script: Eli Lotar and  Jacques Prévert, Commentaries: Jacques Prévert,
Music: Joseph Kosma
Synopsis
The film was commissioned in the summer of 1945 by the newly elected mayor of Aubervilliers who wanted to record substandard living conditions just outside Paris. Film projects with Joris Ivens, Jacques-Bernard Brunius, Luis Buñuel, and Jean Renoir during the 1930s preceded this early postwar collaboration, with commentary and song lyrics by Jacques Prévert. Aubervilliers had its commercial debut in February 1946, on a program with René Clément’s “Battle of the Rails”. It was screened three months later at the Cannes Film Festival, where it was listed under the category of social documentary.
“The Houses of Misery” (Les Maisons de la misère)
Short documentary, France/Holland,1937, 30 min
Cast & Credits:
Director: Henri Storck
Script : Fernand Piette, Henri Storck, Camera : Eli Lotar, John Ferno, Music : Maurice Jaubert, Cast : The ladies: Beauffre, Brenda, Marion Chevolet, Gazeau, Jihem, Massin, Peltier, Talem, Odette Lhost, Marie Delcourt. The gentlemen: Gazeau, Marcel Josz, Keppens, Lambert, Louard, Massin, Omer Van de Gaer, Edgard Willy
Synopsis
This fictional documentary begins and ends with a chorus and a song that has the emotional impact of “The Damned of the Earth” or “The Threepenny Opera”. Borinage mining area in Belgium left Henri Storck profoundly disturbed by injustice and social poverty. When he was offered a chance to make another such film he undertook an in-depth survey into the working class and slums, and shouldered once again his camera as a militant filmmaker. All camera shots work on intensity, which gives the impression of being trapped, closed in. But the message of hope is there, leaving one with the impression that man’s dignity has been safeguarded.
Biography
Eli Lotar (1905 – 1969)
Eliazar Lotar Teodorescu was born in Paris (he was the illegitimate son of the Romanian writer Tudor Arghezi and Constanta Zissu), but grew up in Bucharest. In 1924 he returned to Paris, becoming a French citizen in 1926. In the same year he met the German photographer Germaine Krull and became her assistant and partner. From 1929 to 1932 he had shared a group photo studio with Jacques-André Boiffard. In 1938, Lotar married Estonian Jewish Billancourt Elisabeth Makovski. During the Nazi occupation of France, they both fled to La Roquette-sur-Siagne (Alpes-Maritimes). After the war, Lotar neglected his work. He died in Paris on May 10, 1969, during a dinner with his friend Philippe Guérin.
Filmography: “L'homme” (Short, 1946); “Nieuwe gronden” (short documentary, 1933); "Las Hurdes" (short documentary, 1933); “Ténérife” (short documentary, 1932); “Prix et profits, la pomme de terre” (short film, 1932); “Caprelles et Pantopodes” (short film, 1930); “Crevettes” (short film, 1930); “Violons d'Ingres” (short film, 1939); "Vous n'avez rien à déclarer?” (comedy, 1941); "Partie de campagne" (short drama, 1936); “L'affaire est dans le sac” (drama 1932); “Fanny” (comedy, 1932)

Henry Storck (1907 – 1999) was a Belgian author, filmmaker and documentarist best known for his social documentaries. The most famous is “Misery in the Borinage” made together with Joris Ivens. Poverty and the fate of the homeless are a recurrent theme in his other great social documentary from the thirties, including “The House of Misery”. During Second World War he filmed the sociological documentary “Farmers Symphonie”, and, after the war, he did “At the Crossread of Life” (“Onjuve­ nile delinquency”).
(Note: Information selected from J.P. Everaerts, Belgian Documentary, Nr1 Winter 1997, Brussel)

Adam Roberts is a film-maker and curator of films and film-related events in London. Together with Joanna Hogg he co-founded the collective "A Nos Amours" currently running a complete retrospective of Chantal Akerman's cinematic work at the ICA. Roberts has previously collaborated with choreographer Jonathan Burrows and dancer Sylvie Guillem. He is currently working on a film about long-term HIV survivors.
Special thanks  to Prof. Steven Ungar, Fatras / Succession Jacques Prévert, The Henri Storck Foundation.
Event followed by a reception sponsored by Deli Twist and Novitas Wine 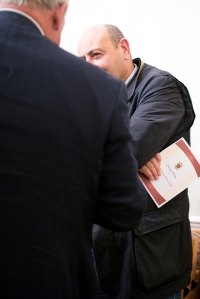 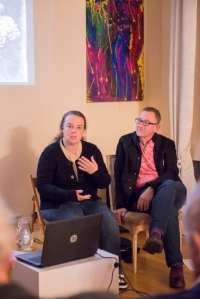