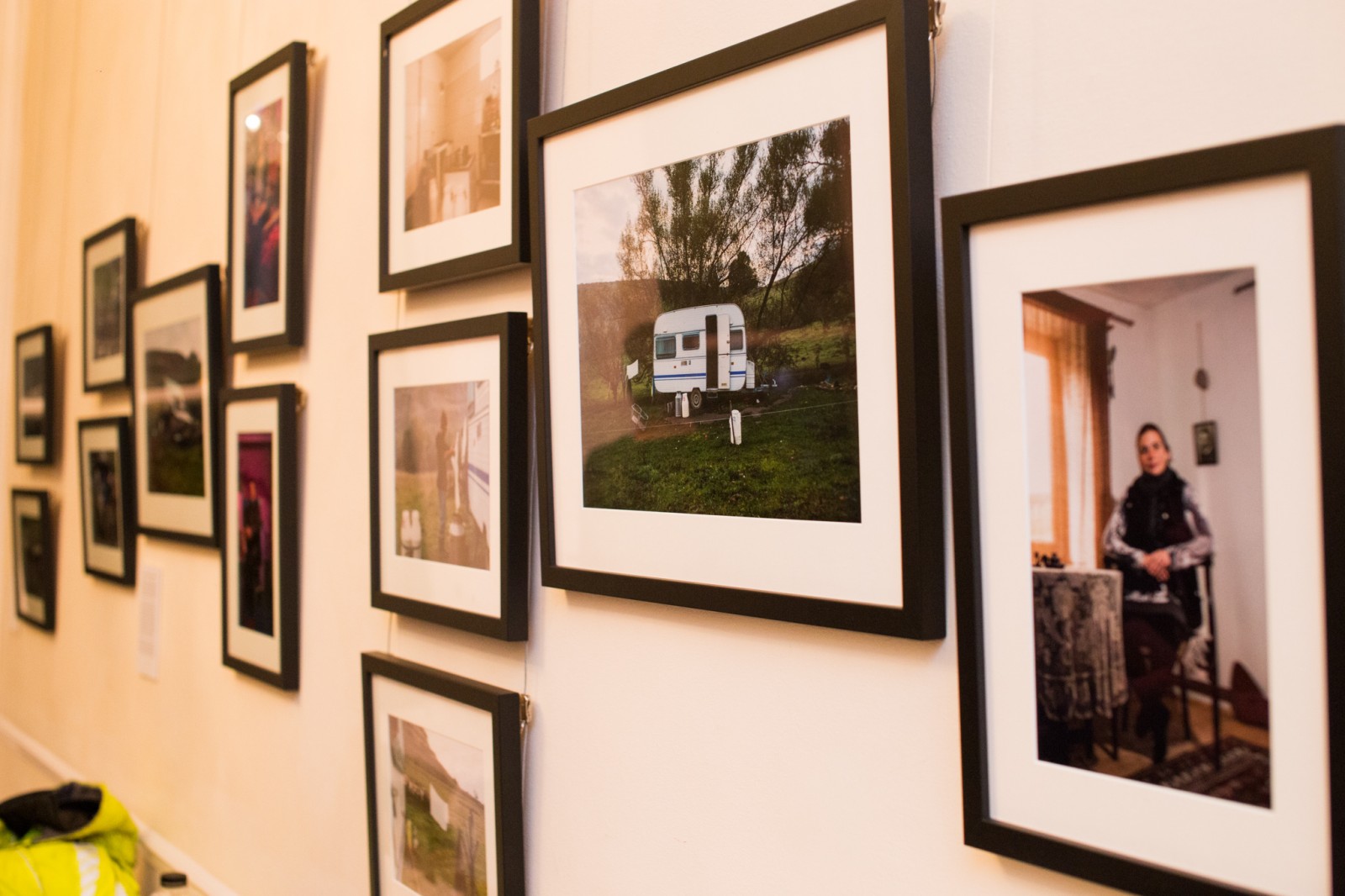 Fermă is the culmination of a ten year project by environmental arts photographer Francesca Moore exploring the effects of the current EU climate on Romanian farmers. This visual exploration combines a document of the daily working lives of farmers, an observation of the remote and challenging landscapes they’re working in, and a series of formal portraits inspired by the 18th Century painted portraits and 19th Century photographic portraits by artists from the region.

On 1st January 2007 Romania became the 26th member state of the European Union, after years of scrutiny and EU-orientated reforms. Six months later, Moore travelled into the heart of the rural communities of middle Transylvania exploring the villages surrounding Sighişoara to gain understanding of how new EU
regulations would change the lives of traditional subsistence farmers. These tiny villages were barely served by transport other than horse and cart, and are still today mostly off the radar of popular tourist guides.
The villages were typical of self-subsistence living. Congregated at the bottom of rolling hills were small houses accompanied by a strip of arable land, and to the rear of the houses lay pasture land where livestock was grazed communally by shepherds and cowherds. Moore came across a highly developed sense of connection with people to the land. They milked by hand, ploughed with horses, harvested just enough crops to be sufficient, and fed their families with eggs from their own chickens. They were barely living above the poverty line but it was an existence that seemed to work.

Viorel, a traditional sheep farmer, told me that he milks his sheep twice a day at 5am and 5pm. “They are my livelihood. We take turns to sleep outside at night so that the wolves and bears don’t take our stock” he said. Once they have collected the milk they boil it themselves to make cheese that they sell to local shops and markets. “Next year, or the year after, I won’t be able to do this” he continued. “The milk will have to be given away to a corporate company and prepared to regulation standard”. He wasn’t clear on when this would happen. Nor were many of the villagers. Instead they seemed largely confused by what joining the European
Union was going to mean for them.

Moore returned to Romania in 2017 visiting the same villages, and also exploring Transylvania’s remote mountainous regions further north, with the intention of documenting the rise of industrialised farming and to further investigate the plight of traditional farmers who, following her last visit, anticipated they would be
unable to produce or sell goods in accordance with EU regulations. Searching for the same farmers she had met previously, armed only with their names, villages and the images captured ten years ago, Moore tracked some of them down and discovered that EU regulation had compromised some whilst advancing others, but in fact had not dramatically altered their daily lives. These geopolitical landscapes have largely stood still in time, and don’t lend themselves well to modernisation or industrialisation. Farmers in the mountains are so remote it’s as though they’re untouched by regulation – Nicolae still collects milk under the cover of darkness
and makes cheese in a mountain-top hut the same way his grandfather had taught him when he was just eleven years old.

Viorel had sadly passed away the previous year, but two of his shepherds were still working in the villages. To them, the daily routine hadn’t changed; same work, same pay, same life. Farmers, on the other hand, could reap benefits from being part of the EU through the Common Agricultural Policy (CAP) subsidies, but
only if they own enough land. The Romanian government deems farms under five hectares to be less viable, despite there being an overwhelming majority of small-scale producers. Furthermore, industrial-scale hygiene regulations have been imposed on subsistence farmers with little flexibility, causing many traditional
small-scale producers, such as cheese-makers, to go out of business or risk non-compliance to survive. Conversely, it was affluent and educated members of society, with no previous background in farming who were given the opportunity to apply for Government funding to set up new industrial-style farms with pasteurisation facilities that comply to EU regulations.

Joining the EU was expected to provide a great future for Romania, but industrialisation was not prevalent in these regions; many subsistence farmers have been reluctant to change or cannot afford to. Young people are moving to cities to find work, meaning knowledge of traditional farming practices will be lost through
generations, and the remaining small-scale farmers either prosper or fail based on their level of ingenuity and perseverance to negotiate ways around the new regulations. Pertinent to our current climate in the UK, with Brexit negotiations taking place and the stigma towards migrants and immigrants, Moore is now focusing on Romanian workers on farms in the UK to understand how they perceive they may be affected by the UK’s vote to leave the European Union.

After five years of Romania being part of the EU, controls were lifted to allow Romanians (and Bulgarians, who joined the EU at the same time) to work in the UK. In anticipation of this, tabloids, fuelled by a UKIP rhetoric, predicted an ‘invasion’ of foreigners coming to steal British jobs. This didn’t happen, but over 90% of British fruit, vegetables and salads are picked by overseas workers, many of whom are from Romania and Bulgaria. This project aims to share their experiences of living and working on farms in the UK, with the aim to raise awareness of the social, political and economic pressures on Romanian farmers, both here and at home, whilst reducing the stigma towards foreign workers more generally.

Francesca Moore is a documentary photographer whose work stems from interests in people and the environment. With a formalised and methodological approach, she draws on her scientific background to portray humanitarian, social and environmental issues. She combines documentary rigour with personal
story telling via a creative exploration of the “studio portrait” inspired by historical photographic and fine art sources.

Moore’s Arts Council England funded project, Bhopal: Facing 30, portrays the site of the 1984 Bhopal gas disaster today, and the people who continue to be affected thirty years on. A book was published to
commemorate the disaster’s thirtieth anniversary and the photographs were exhibited nationally and internationally and shortlisted and exhibited for Environmental Photographer of the Year 2014. The project received Special Commendations for the Nick Reeves award for Arts and the Environment in recognition of an outstanding contribution in the field of environmental arts.
During 2015-16 Moore was Artist In Residence at The University of Derby developing her Coming To Light series of Joseph Wright inspired photographic portraits, initially produced during a Format Photography Festival 2015 commission. Where Wright’s paintings, created during the emerging industrial revolution, would depict the most prominent members of society at that time, she photographed the un-sung heroes of Derby’s green, sustainable, initiatives; a juxtaposition of the past and the present, capturing Derbyshire’s most prominent people for its future. 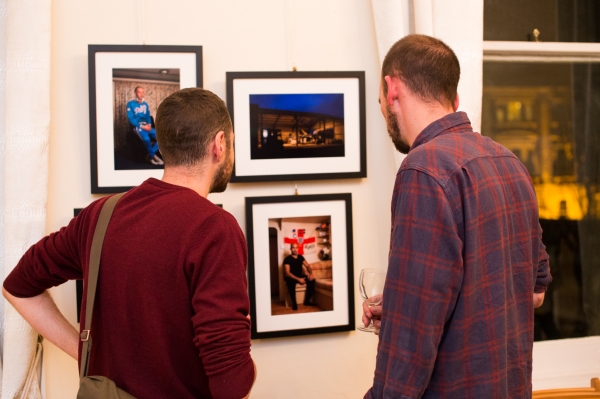 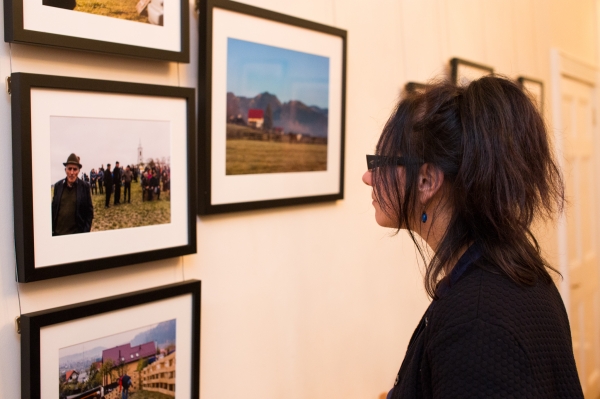 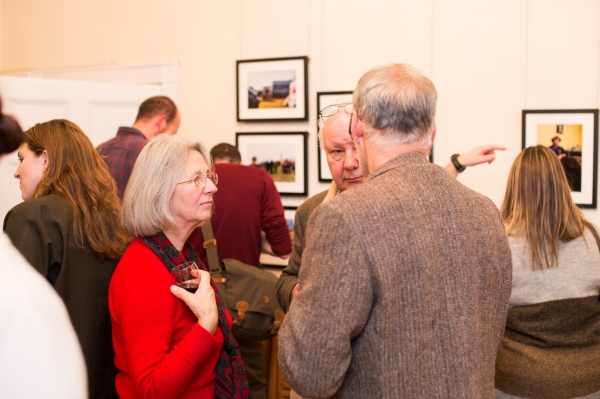 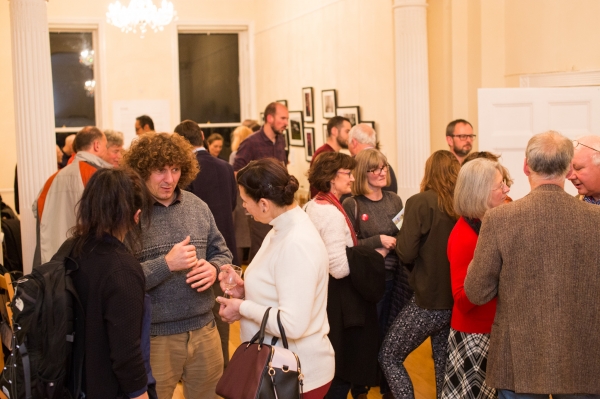 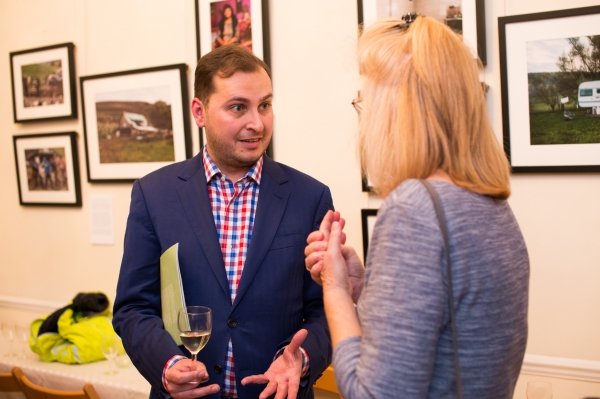 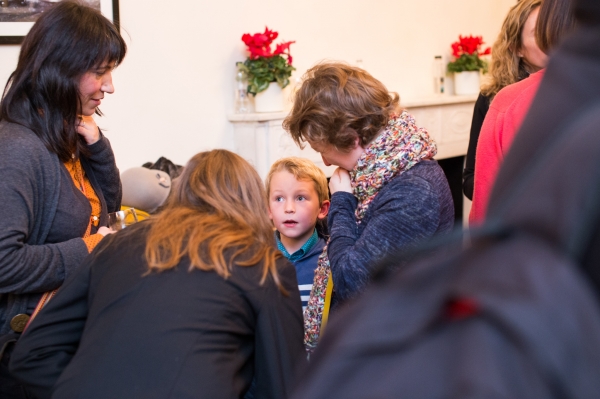 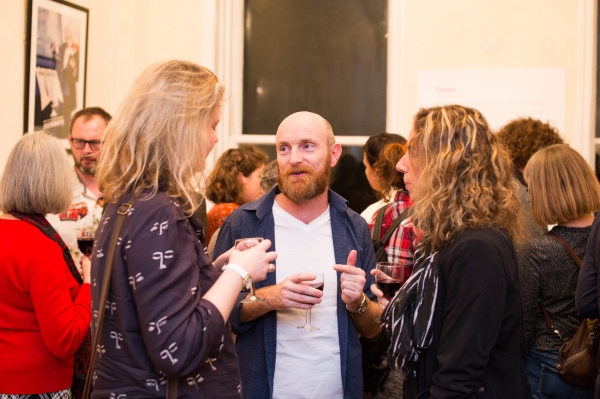 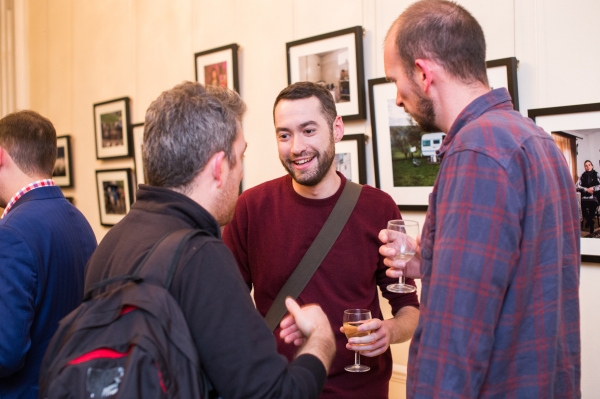 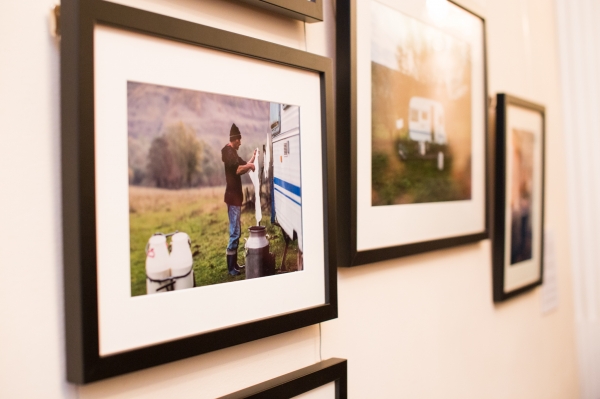 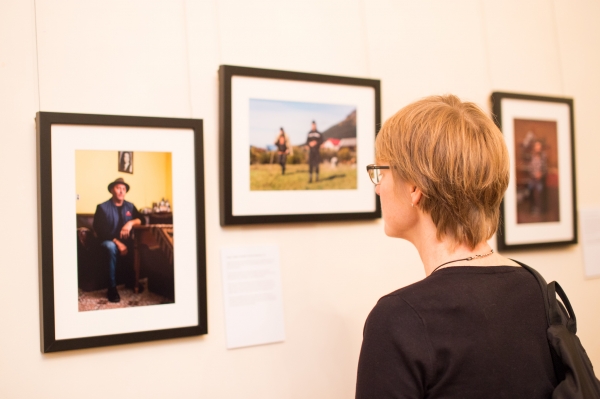 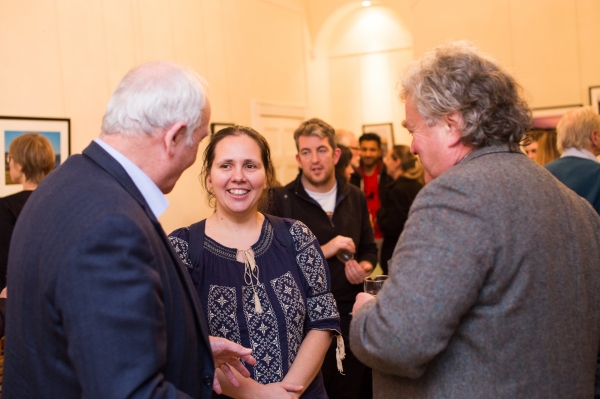 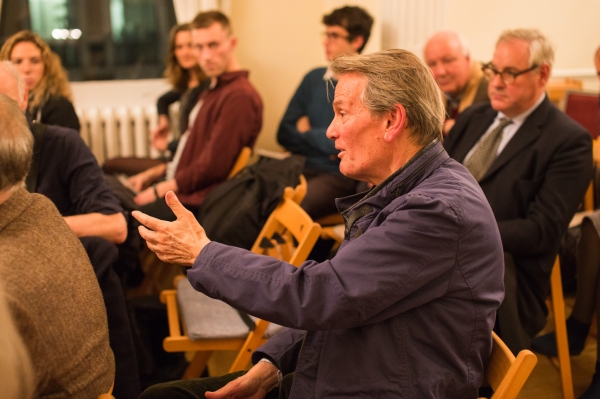 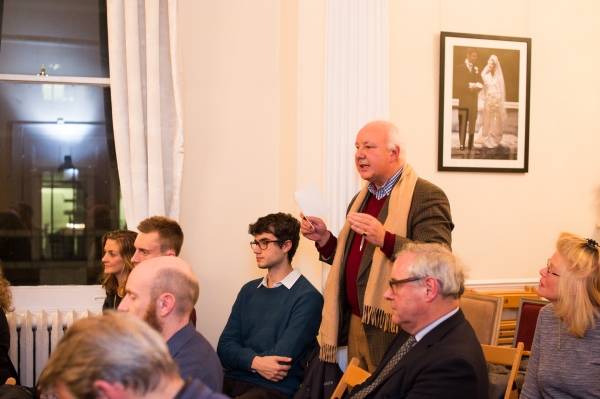 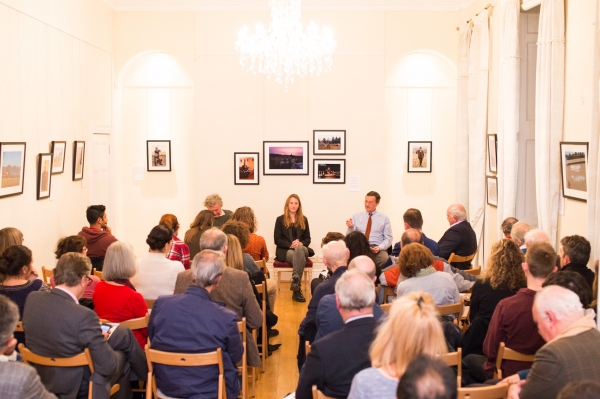 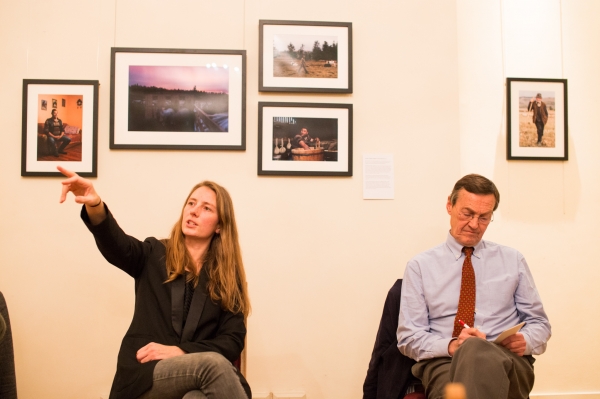 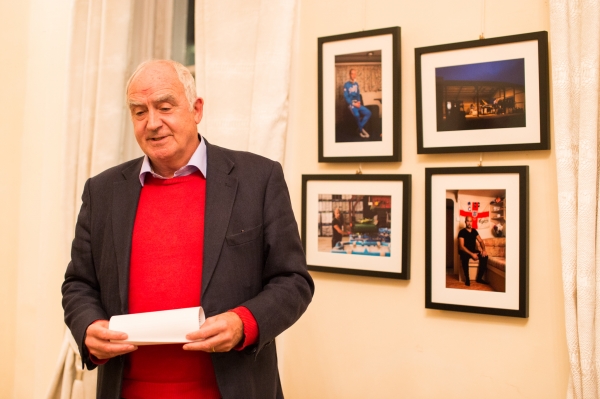 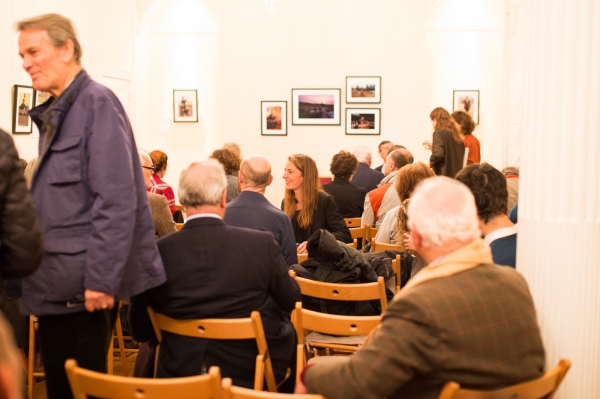 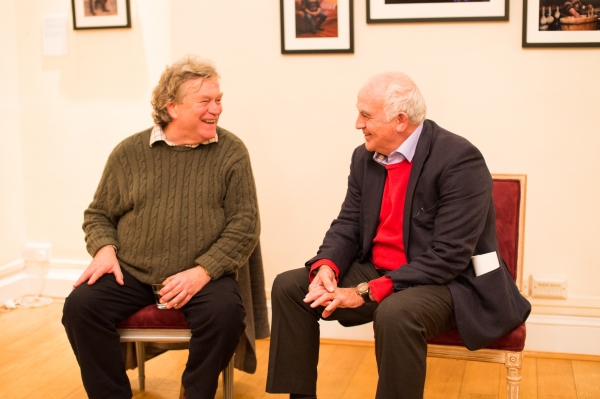 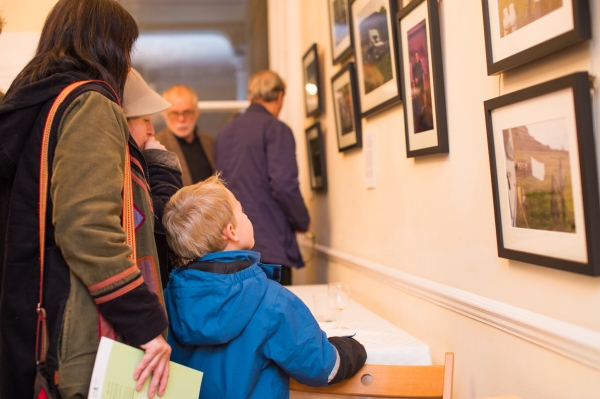 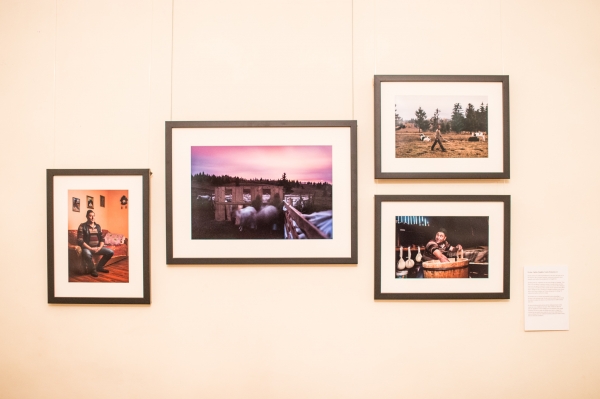