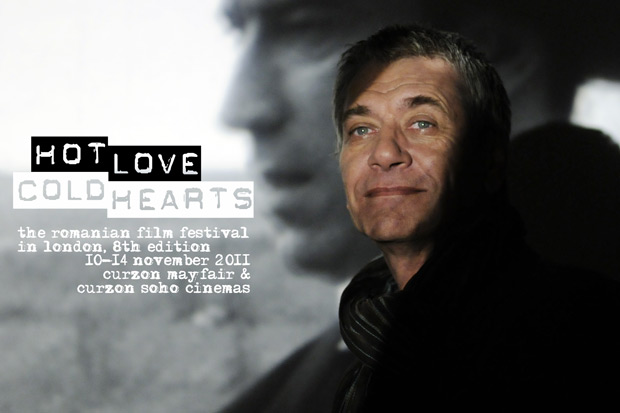 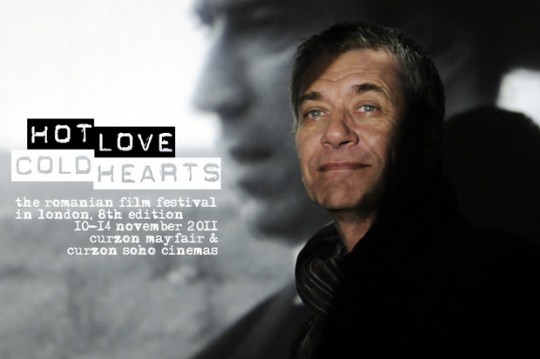 MARCEL IURES ON THE RED CARPET YOU THINK YOU DON’T KNOW HIM BUT YOU DO!

Marcel Iures, one of the stars of the Romanian Film Festival in London (at the Curzon Mayfair, Nov 10-14), is one of the great character actors, but, although his work is now well known throughout the world, because of his roles in popular Hollywood blockbusters like ‘Mission Impossible’ and ‘Pirates of the Caribbean’, few people outside of the industry know who he is. British audiences have probably seen him most often on TV (‘Spooks’, ‘Foyle’s War’, ‘Cambridge Spies’) without quite being able to put a finger on the man behind the role. Part of the reason is that Marcel Iures inhabits a classic tradition in which the craft of acting comes before celebrity. Another part of the problem is that Iures built his career and continues to work in Eastern Europe, in spite of his frequent forays to Hollywood, New York and London. Like his great Romanian contemporary, Ion Caramitru, Marcel Iures trained and cut his teeth in classical theatre, and after a period in the USA returned to pick up the thread. Critics and admirers soon followed him. “We first met when I went to interview him, more than a decade ago, in Bucharest. I watched him rehearse for his famous ‘Hamlet’ at the Bulandra Theatre. I learnt later that years before he had launched the first independent, non-subsidised theatre in Romania, ACT, with the support of international luminaries such as Tom Cruise, Sir Ian McKellen and Tom Stoppard, among others. After the runthrough at Bulandra we strolled through the centre of Bucharest. As we walked Marcel told me stories – about ‘Little Paris’ as it was before being remodelled by the Ceau?escus – the cafes and bars where he had hung out as a student, the characters who frequented the area, the little church which had held up the demolition. It was a fascinating afternoon, and one I won’t easily forget.” (Mike Phillips) In ‘Phantom Father’ (Friday 11 November, see details below) the director, Lucian Georgescu takes advantage of Marcel’s sense of place, along with the persona of such veterans as Victor Rebengiuc, to mount a gripping and important meditation about identity and its relationship with the locale. Marcel Iures will be present during the weekend, and available for interviews and photocalls. An occasion not to be missed. / / / / / / / / Friday 11 November 2011, 6.00pm, Screen 2, Curzon Mayfair

Romania, 2011, 90 mins. Written by Lucian Georgescu. With: Marcel Iures, Mihaela Sarbu, Mimi Branescu, Barry Gifford, Victor Rebengiuc, Mariana Mihut. American Professor Robert Traum takes a sabbatical and turns his back on a present devoid of surprise, to live an adventure from the past. Back in the Old World, he researches the origins of his father and uncle, the famous Traum brothers: Rudolf, a famous novelist, and Samuel – once a notorious gangster in Chicago. While travelling through Transylvania and Bucovina Robert meets Tanya, a Government archivist. Together they find Sami, the last surviving family friend, a cinema projectionist who was chased out of his old movie theatre by a greedy local politician. While Robert helps Sami win his theatre, Sami gives Robert his identity back. Followed by Q&A with actor Marcel Iures and director Lucian Georgescu / / / / / / / / Festival Director: Ramona Mitrica Festival Curator: Mike Phillips Friends of the Festival: Nicolae Ratiu, Eugen Serbanescu, Alina Salcudeanu, Eugen Tomac, Adrian Cherciu, Ana Santos Design, typesetting & e-mail: Mihai Risnoveanu Website: Tudor Prisacariu Special thanks: Carmen Campeanu, Irina Predescu, Eugen Androne, Laura Lazar, Dan Mitrica Screening copies through the National Centre of Cinematography (CNC) in Bucharest / / / / / / / / The Romanian Film Festival in London 8th edition, 10 -14 November 2011, Curzon Mayfair and Curzon Soho cinemas organised by The Ratiu Foundation / Romanian Cultural Centre, in collaboration with The National Centre of Cinematography, Bucharest and Curzon Cinemas. With the financial support of The Department for Romanians Abroad (DRP). With the support of Profusion International Creative Consultancy, http://ROMANi-ONLiNE.co.uk and http://Albinuta.co.uk Note: image above from ‘Phantom Father’ by Lucian Georgescu © Courtesy of CNC