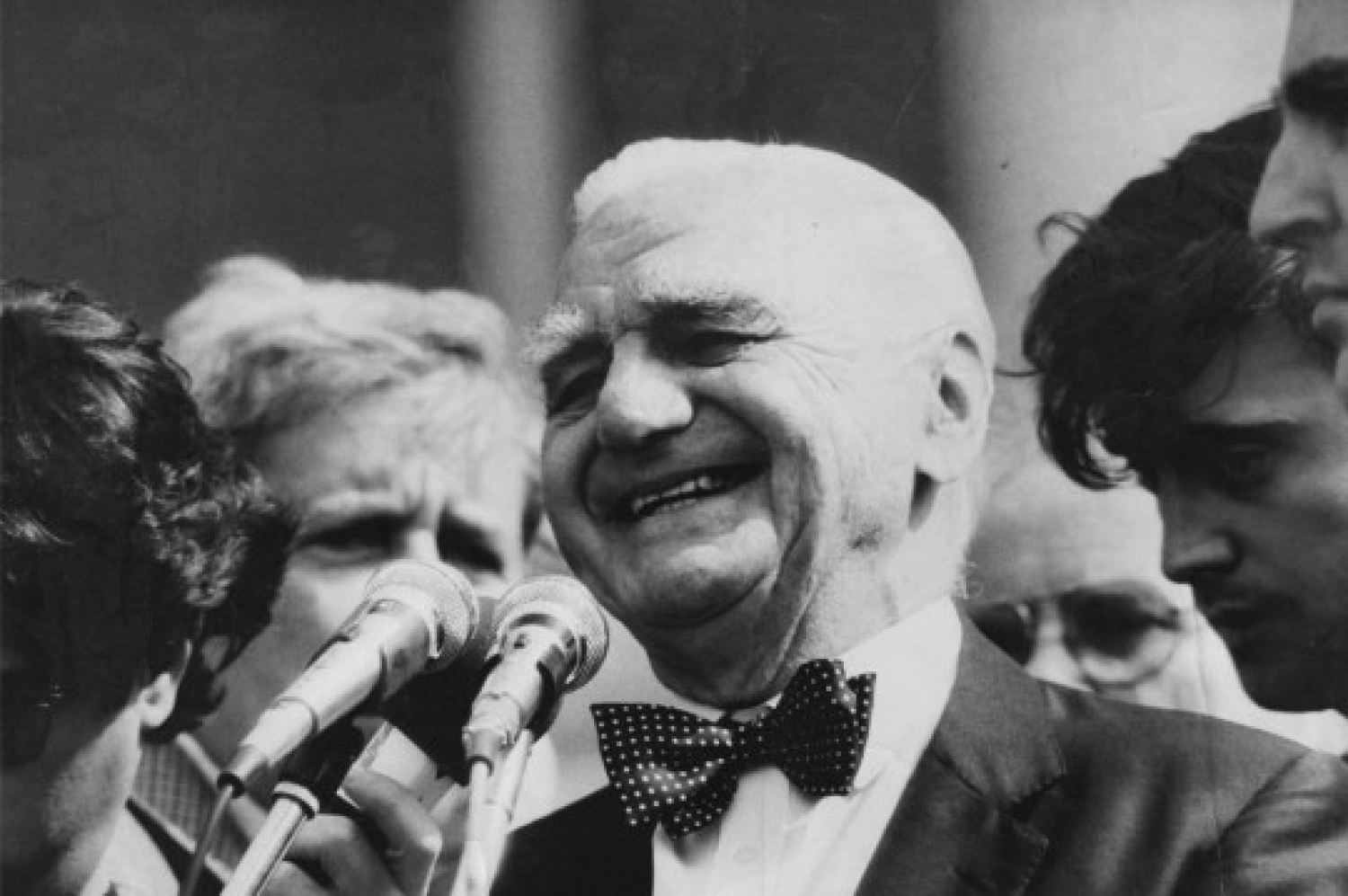 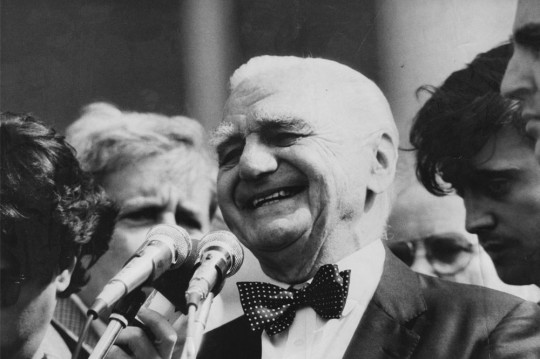 Ion Ratiu, the elected leader of the World Union of Free Romanians, based in London, was the most outspoken and consistent voice of opposition to Nicolae Ceausescu. Journalist, broadcaster and author, he was also a successful businessman in shipping and property, while simultaneously assisting in the rescue and support of many who fled Ceausescu’s dictatorship.

Ion Ratiu was born in Turda, Transylvania, on 6 June 1917. After studying Law and joining the army, in April 1940 he entered Romania’s Foreign Service. He was sent to London as a chancellor at the Romanian Legation under Minister Viorel V. Tilea. Shortly afterwards, with Romania’s alignment with the Axis powers, the young Ratiu resigned his post and obtained political asylum in Britain. He won a scholarship to study economics at St. John’s College, Cambridge. In 1945 Ion Ratiu married Elisabeth Pilkington in London.

After the communists came to power in Romania in 1947, Ion Ratiu remained in exile in London. Even from the beginning of WWII, he joined the fight against totalitarianism of any political colour, helping to organise the Central European Student and Youth Society.

In the late 1950s, he started publishing the Free Romanian Press, a weekly news bulletin. He also contributed regularly to the BBC Romanian service, Radio Free Europe, or The Voice of America. In 1957, Ion Ratiu published his successful critique of Western attitudes towards the Soviet Union and communism, ‘Policy for the West’.

In 1975, the year he published ‘Contemporary Romania’, he decided to devote all his energy to the pursuit of a free Romania. He played a key role in the setting up of the World Union of Free Romanians, of which he was elected president at its first congress in Geneva (1984). Shortly after this, he started publishing The Free Romanian / Romanul liber, a monthly newspaper in English and Romanian.

After 50 years in exile he returned to his homeland in 1990 to contest the presidency. Although he won a seat in Parliament, and was to serve his country for his last ten years, his failure to win the presidency was a disappointment to many. Even today on Romanian streets, Ion Ratiu is remembered fondly, often referred to as “the best president Romania never had”.

Ion Ratiu died in London on 17 January 2000, surrounded by his family. In accordance with his wishes, he was buried in his home town of Turda. His funeral was attended by over 10,000 people.

The Ratiu Foundation was established in London in 1979 by Ion and Elisabeth Ratiu to promote and support projects which further education and research in the culture and history ofRomania. It offers 100 annual grants to Romanian students wishing to undertake academic studies in the UK.