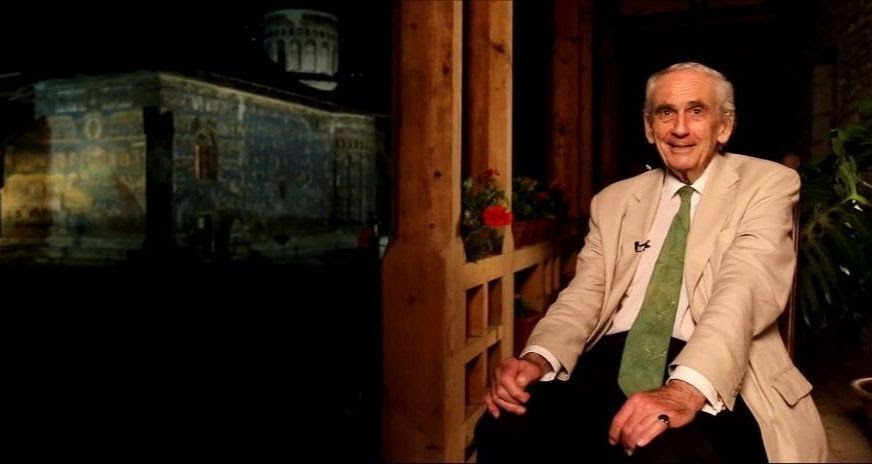 On Saturday, March 16, 2019, the one-year memorial service of the president and founder of Pro Patrimonio Foundation, Prince Serban Cantacuzino. was held in Câmpulung Muscel. The religious commemoration service was held at Flămânda Church in Câmpulung, a historic monument designed by his father, the architect George Matei Cantacuzino in 1940.

An outstanding cultural person and founder of Pro Patrimonio Foundation, Prince Serban Cantacuzino (1928-2018) was a reputed specialist in conservation and heritage (re) conversion, editor and author of valuable books, member of the Royal Institute of British Architects, medal-awarded for his dedicated services at the European Cultural Heritage Awards (2008). With architectural studies at Cambridge, separated from his father in communist Romania, Şerban Cantacuzino received a distinguished education and carried forward his father’s passion for architecture (architect / painter / writer George Matei Cantacuzino, 1899-1960, a complex personality who left a strong imprint on Romanian architectural modernism and suffered in communist prisons). Profoundly attached to Romania, to its identity values ​​and his own roots, Şerban Cantacuzino had the vision of an archictectural heritage renaissance by integrating it into contemporary life while experimenting with the cultural heritage as economic resource. In his final years, Serban Cantacuzino has been a supportive and active supporter of the campaign to include the Roșia Montana Historic Site on the UNESCO World Heritage List for its universal, unique and invaluable value.

“The first discussions about creating a foundation for the rescue of Romanian natural and architectural heritage took place in London immediately after Ceausescu's fall, with Indrei and Nicolae Raţiu, sons of Ion and Elisabeth Raţiu, who were just about to return to the country to participate actively in the political and social life of post-communist Romania. Pro Patrimonio was the idea of ​the two brothers ​Indrei and Nicholas. From the beginning, I was totally in agreement with the idea, developing the Pro Patrimonio Foundation together. I agree that the Romanian society after 45 years of communism had to be completely disoriented. Communism is against the individual, against the spirit of identity the individual develops through his history and the culture of his people. Therefore, it seemed very important to establish such a foundation in Romania - private, independent and democratic - but only at the right moment ... which came only after the presidency of Constantinescu in 2000." (1)

The board, members and friends of Pro Patrimonio Foundation will be eternally grateful and appreciative for his support and contribution to preserving the Romanian cultural heritage, and in particular, for the Golescu ensemble and the whole process of its restoration and introduction into a natural circuit of use.

We invite you to watch a short film from the archive of the foundation that keeps Serban Cantacuzino’s thoughts and beliefs. We thank Mr. Dorel Glonţ, from his generous donation in realisation of this recording at Voronet Monastery in 2013.

(1) arch. Şerban Cantacuzino, founder of Pro Patrimonio, extract from the text written in honour of the Foundation’s 15th anniversary