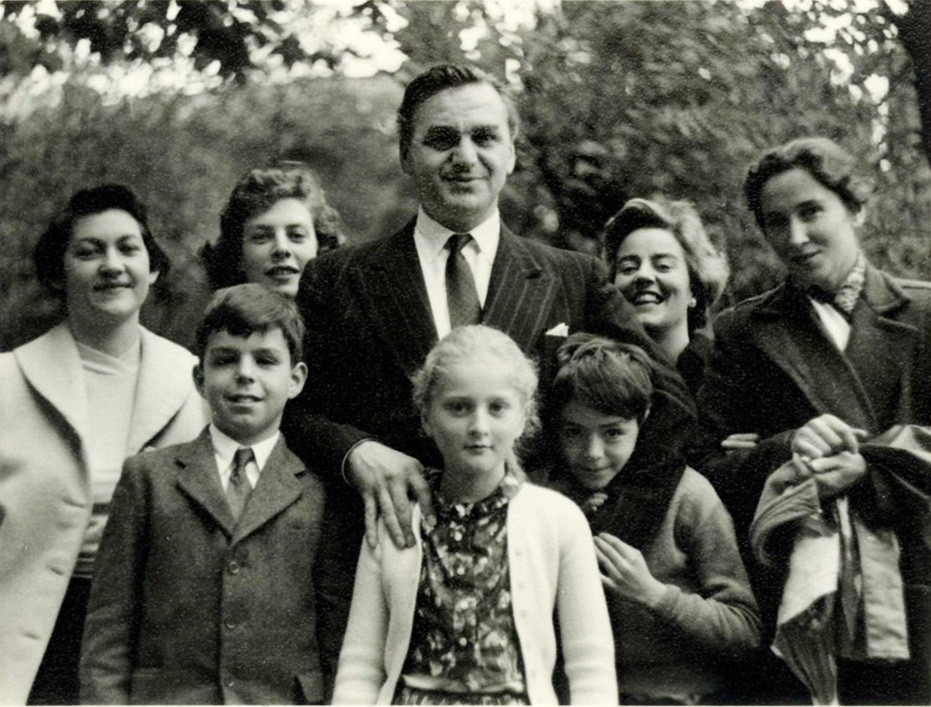 On the January 17th 2015 we commemorate 15 years since we lost Ion Ratiu – ‘The best President Romania never had’ – as he is often remembered, a patriot who fought all his life for a democratic and socially just Romanian society. At The Romanian Cultural Centre in London (RCC) we feel that the best way to pay our respects to him is to celebrate his life’s work rather than to simply commemorate his death. We say this especially since we believe that his legacy and his spirit still live and flourish through the activities of the Ratiu Foundation and the numerous projects it has been supporting since its establishment in 1979. As a confirmation, this year, his youngest son, Nicolae Ratiu was awarded MBE (Member of British Empire) for his devoted work to empower disadvantaged groups in Romania. This distinction recognises the achievements and service of extraordinary people across the United Kingdom.

Another great example of Ion Ratiu’s legacy is the work carried by Relief Fund for Romania, which is just one of the few organizations set up by him in order to help Romanians. After the fall of communism in Eastern Europe more than 25 years ago it became one of the largest and most active UK-based charities helping Romania.

Today, Ion Ratiu’s legacy is inspiring the work of The Raţiu Democracy Centre, CRD – a non-governmental, not-for-profit organization based in Transylvania, Romania that was founded in 2004 by his eldest son, Indrei Ratiu. The Centre is particularly active in the fields of democratization and civil society building through programs and projects that aim to improve the quality of democratic life and civil participation in the public sphere.  The Raţiu Center for Democracy is also involved in several international projects including the prestigious annual Ion Raţiu Democracy Award & Workshop in association with the Woodrow Wilson Center for International Scholars in Washington, D.C.

Ratiu Family Foundation activity is not only focused on political agendas. Along the years they created strong partnerships with cultural organisations such as Pro Patrimonio, an organisation devoted to saving, preserving and restoring the architectural and cultural heritage of Romania as well as Fundatia ADEPT that aims at protecting the nature-rich, farmed landscapes of Transylvania, while also supporting the local traditional farming communities.
We are presenting below the eulogy Nicolae Ratiu read out at his father’s funeral 15 years ago which we publish here for the first time. A touching speech revealing Ion Ratiu as a kind hearted man, determined to fight throughout his life to achieve his ambitions – to make Romania a better country.

Eulogy
Turda, Romania, 23.01.2000
There is a saying which I cannot get out of my head when I think of my father, Ion Ratiu’s, political career in Romania. It is this one: ‘God protect me from my friends, my enemies I can look after myself.’ Admired and respected by those enemies, sadly he was feared by those friends. It was for one simple reason – he could not, and would not, be controlled. There was jealousy of that independence. That jealousy blinded those friends. I speak out about this now, because during his life he never would.

To the very end life was for him an exciting and stimulating adventure. He had a good life and acknowledged it. He had a life of which I as a son was proud and I believe he too had a reason to be proud. Memories of him will fade but never die. He stood for something very special in people’s hearts. He was a very loveable man… a tolerant man… a man who touched the souls of the Romanian people for ever… a good Romanian man.