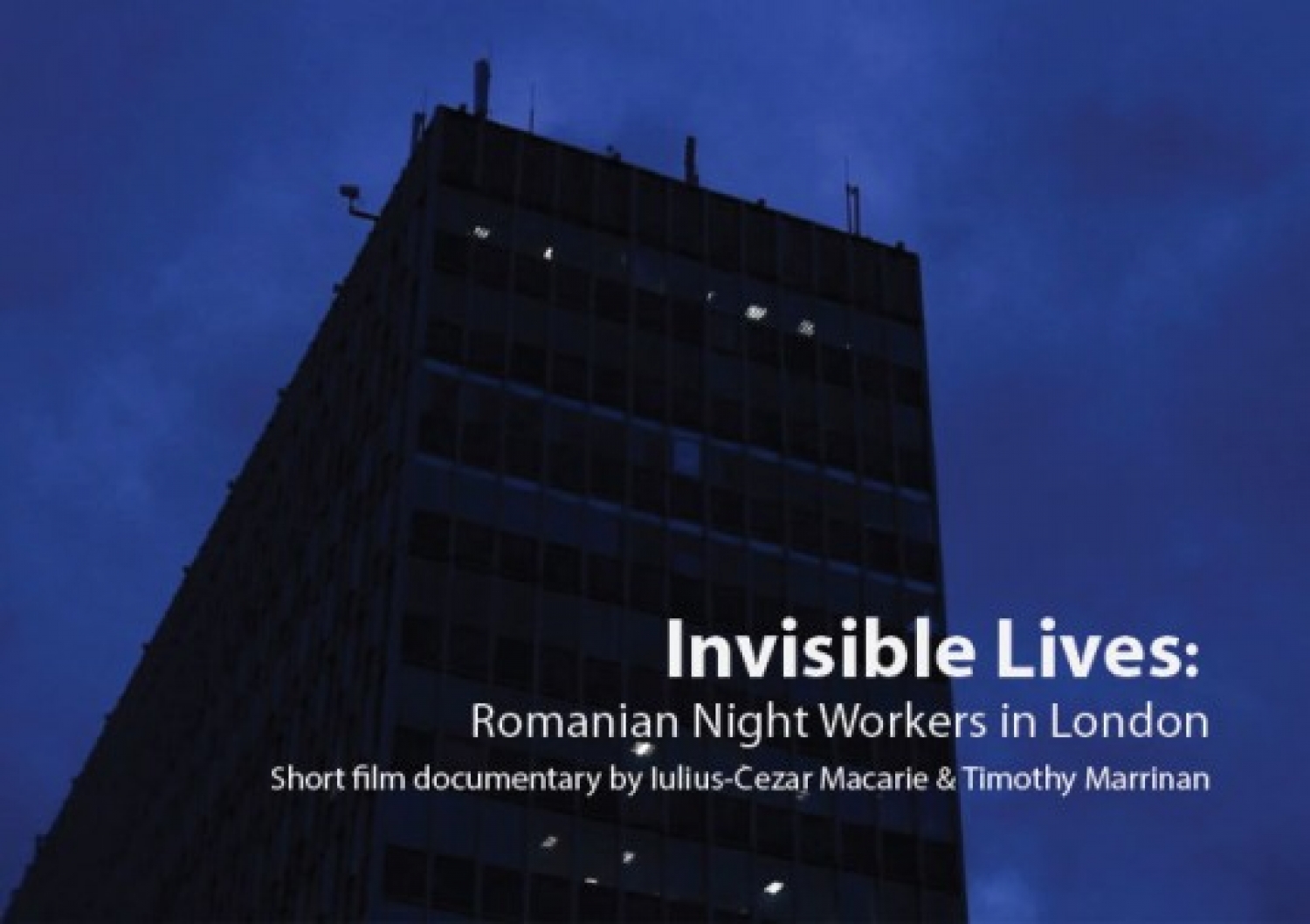 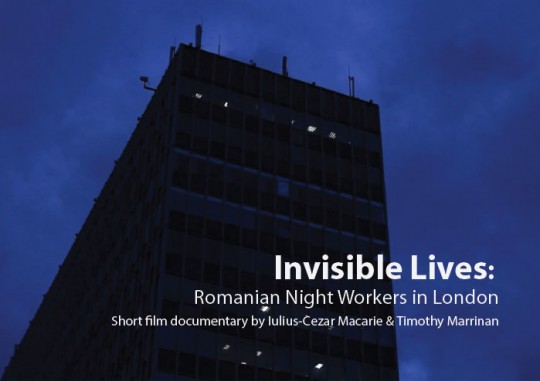 Join us for the screening of the documentary  short film – Invisible Lives: Romanian Night Workers in London – followed by a short discussion with Iulius-Cezar Macarie and Tim Marrinan.

Global cities like London have an incessant rhythm of consumption that needs to be maintained around-the-clock. This short film shines a light on the invisible lives of people working at night whilst the majority sleep or enjoy the nocturnal life. Invisible Lives is a short documentary that explores the experiences of Romanians working at night in London.

This film features night workers in the construction and hotelier industries, a sex worker on the street and a market trader. They share their stories that encapsulate the highs and lows of night work, from moments of danger to moments of tranquillity when night meets day.

These people’s lives are hardened by threats from pimps and punters or from tiring 12-hour night shifts. The night workers’ experiences are revealed in snapshots through audio stories combined with a visual portrait of nocturnal London– a city that never sleeps.

Iulius-Cezar Macarie gr­ew up in Romania and collaborates with Nightlaboratory. From September 2013, he will be an ‘INTEGRIM’ Early-Stage Researcher at the Center for Policy Studies, and in parallel a PhD candidate in Sociology and Social Anthropology, at the Central European University,Budapest.

After the screening you are invited to a reception sponsored by  DeliTwist.

Part of Roundtable Projects 2013.
Roundtable Projects is an open platform for cultural projects developed in partnership with the members of the Romanian community in the UK. For more details about this programme please visit our website at
www.romanianculturalcentre.org.uk/

For the photo gallery of this event, please click HERE