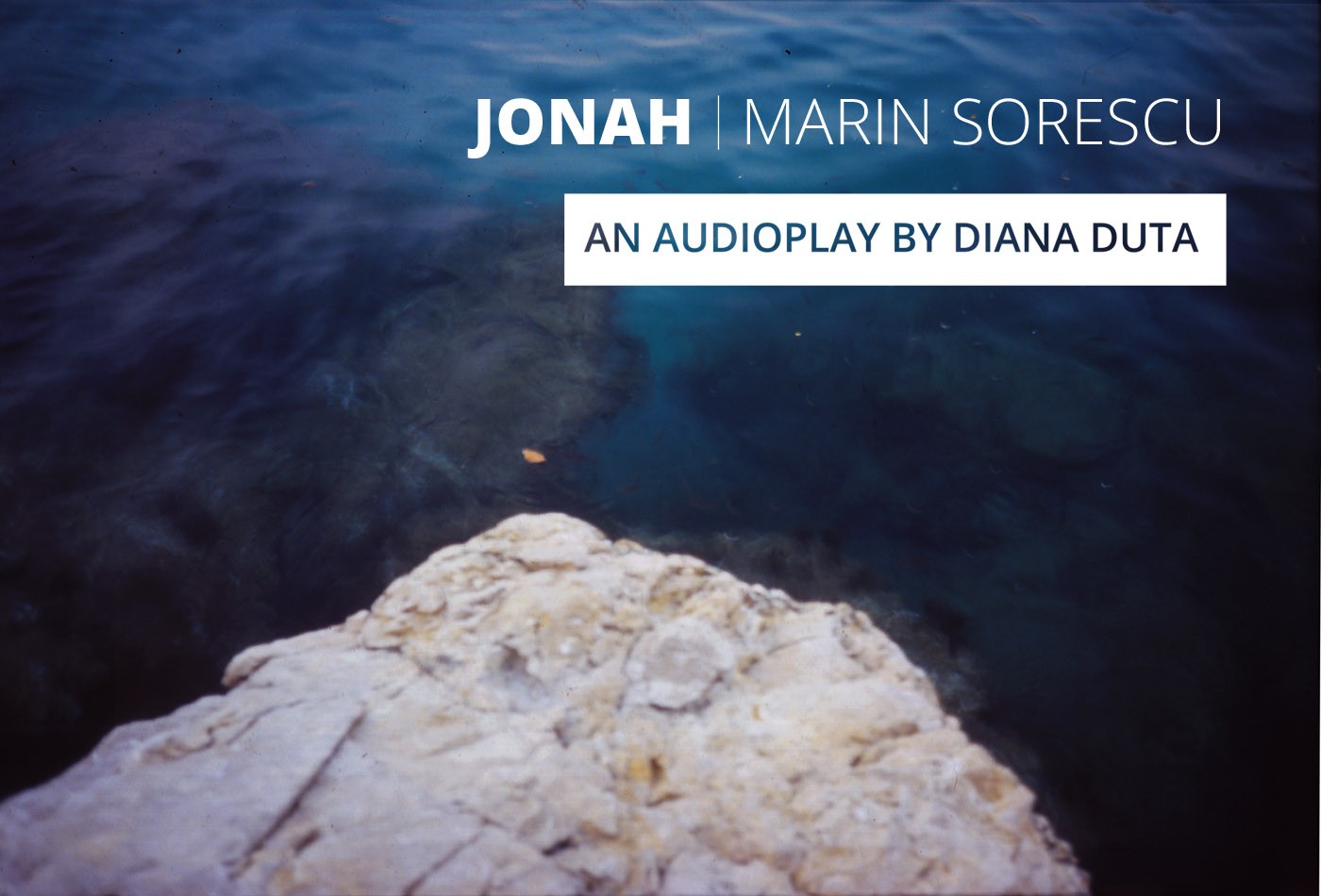 Marin Sorescu's play Iona (Jonah) has been produced by the artist Diana Duta for the first time as a radio play, in an effort to extricate it from its near- anonymous status among audiences outside the Romanian cultural sphere. The text, originally written in 1969, has been brought into actuality and reframed – first through the process of translation, central to the artist's practice, then through its movement: away from a fixed visual form into sound, rendering it more abstract and more accessible at the same time.