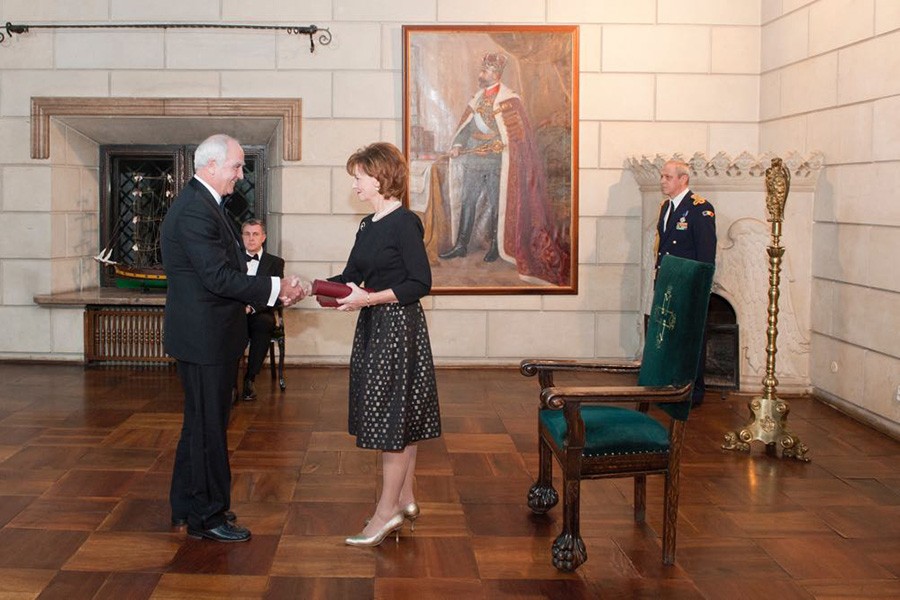 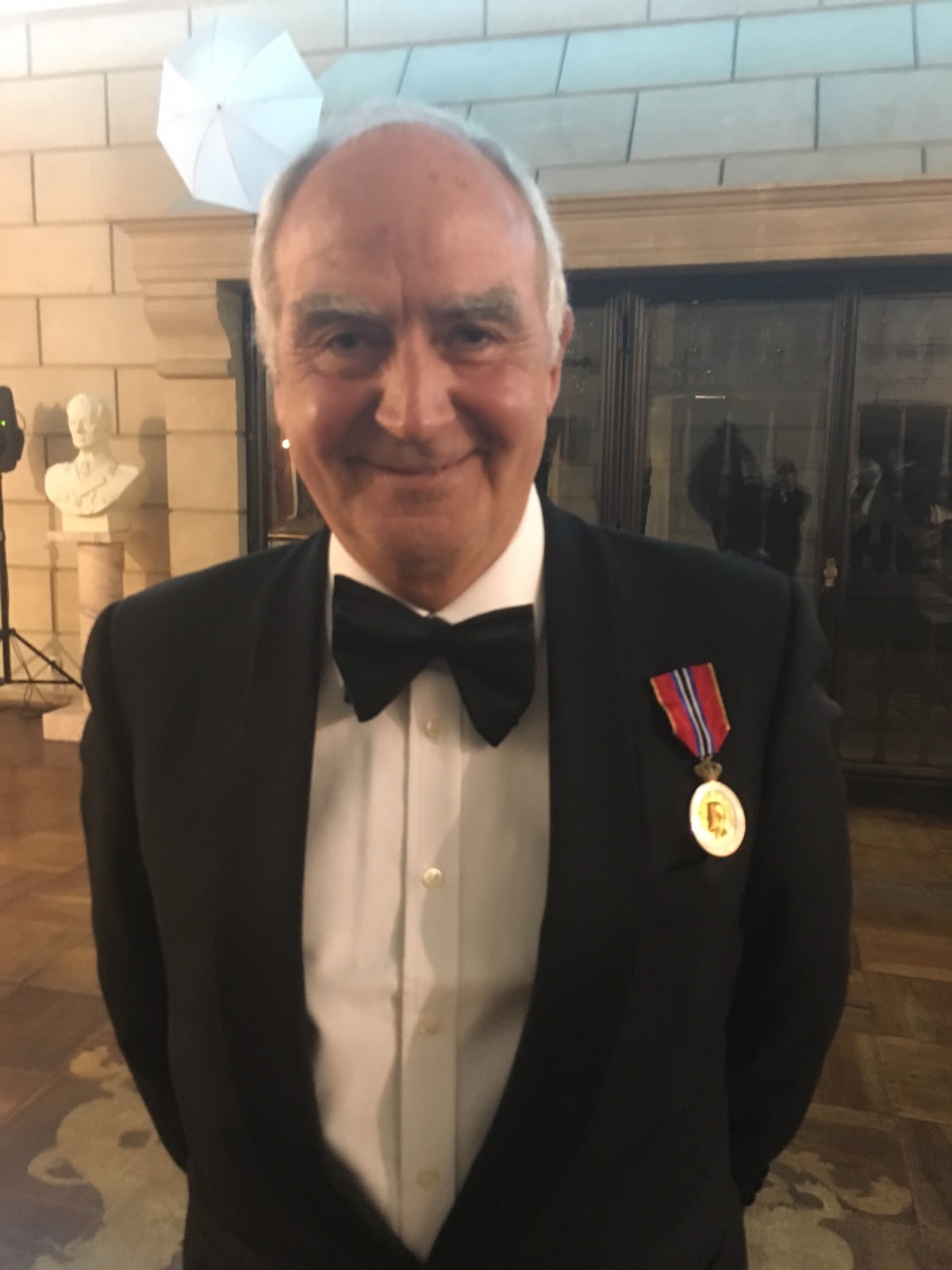 Nicolae Rațiu, President of the Rațiu Family Charitable Foundation and Chairman of the Rațiu Democracy Center Board of Directors, was awarded the "Nihil Sine Deo" Royal Decoration, granted through the decision of HRH King Michael I of Romania.

The medal was awarded to Nicolae Rațiu "for his social and charitable activity as Chairman of the Rațiu Family Charitable Foundation. For supporting the initiatives of the civil society and for promoting democracy ,thus carrying forward the memory of the great politician Ion Ratiu, his father. By supporting the initiatives of Romanian cultural institutions in Romania and abroad he actively contributes to the preservation and promotion of the human and material architectural heritage of Romanians everywhere. For his public support of the values and principles of the Royal Family. We award the "Nihil Sine Deo" Royal Decoration.” HRH King Michael I of Romania 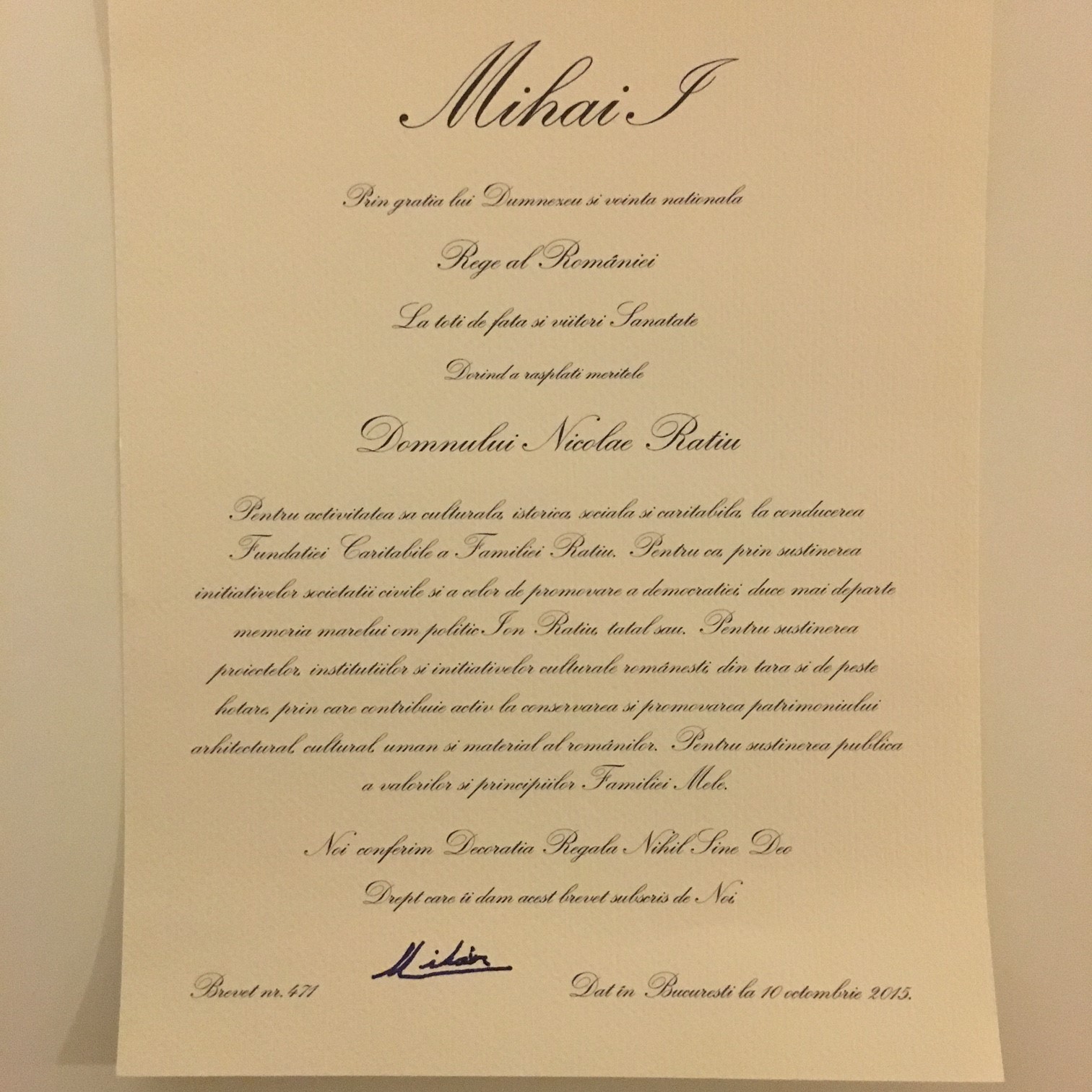 Fifteen members of Pro Patrimonio Foundation had been present. Among them,  violonist Alexandru Tomescu and architect Șerban Cantacuzino.

Instituted on 30 November 2009, the "Nihil Sine Deo" Royal Decoration is a distinction awarded by decision of the head of the Royal Family of Romania, as is the case with the “King Michael I Medal for Loyalty” and the decoration of the “Cross of the Romanian Royal House.”
A maximum of 200 living individuals and institutions may hold the Award at any one time.