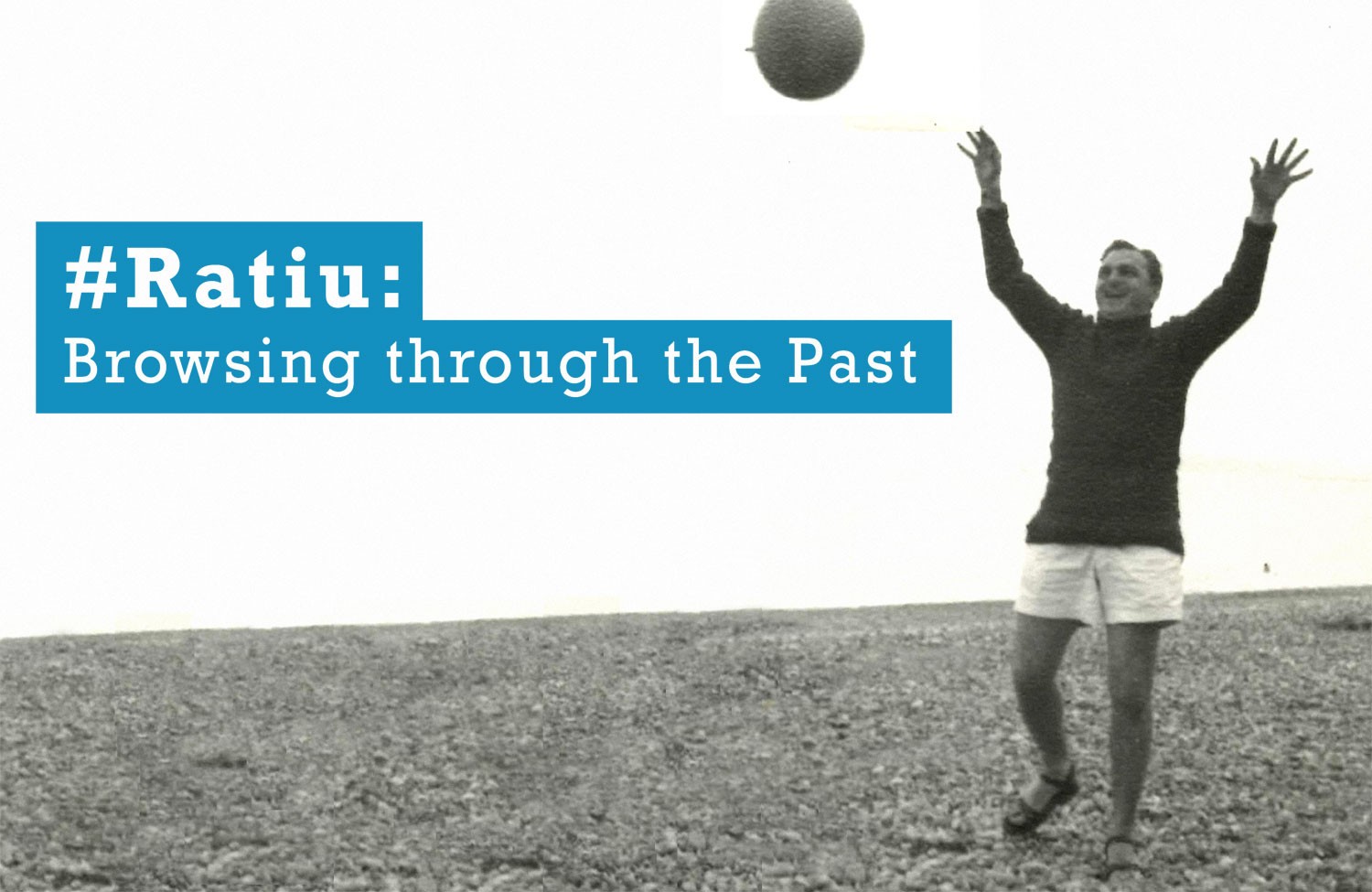 #Ratiu: Browsing through the Past

Opening of the Digital Exhibition
‘The World through the Eyes of Young Ion Ratiu’
The first stage of the digitisation project of the Ratiu Archives
Wednesday, 25 February 2015, at 7:00 – 9:00 pm

The Romanian Cultural Centre in London / Ratiu Family Foundation are pleased to announce the launching of the Digital Exhibition ‘The World through the Eyes of Young Ion Ratiu’ and of the Ratiu Archive Digital Repository.
This year we marked 15 years since we lost Ion Ratiu (1917 - 2000) – ‘The best President Romania never had’ – as he is often remembered, a patriot who fought all his life for a democratic and socially just Romanian society. During his exile in England, between 1940-1990, Ion Ratiu devoted his life to promoting the cause of a free and democratic Romania. Regular and frequent radio broadcasts, articles, newsletters, lectures, talks and lobby initiatives as well as the associations he founded or supported throughout the years stand as proof of his continuous struggle. We wanted to reveal these extraordinary narratives and make the historical documents available and easier to access so have started the process of digitising the Ratiu Archive in stages - this, The World through the Eyes of Young Ion Ratiu’ (1940 - 1961) being the first.

We wanted to make historical documents accessible and easier to use. So we have started to digitise the Ratiu Archive and make it available for online access. We wanted to make it possible for you to engage with them. So we put together an event that will captivate both your historical curiosity and your inner techno-geek. Intrigued? Good. In short, the Digital Exhibition ‘The World through the Eyes of Young Ion Ratiu’ will display rare documents authored, collected and meticulously kept by the young Ion Ratiu himself. It will also give you the chance to digitally interact with the exhibited items, by using your own smart phone - or the other devices that we will provide. At the event, the curators of the exhibition, Cristina Golomoz, Alex Matei, and Andrei Decu, will discuss their work, accompanied by the Chair of the Ratiu Family Foundation, Mr. Nicolae Ratiu.

This Digital Exhibition aims to present a picture of the world during and immediately after the WWII. The exhibited items include personal correspondence, diary notes, newspaper articles, and official and internal papers of organisations ranging from student unions to Eastern European exile groups. By using documents from Ion Ratiu’s personal collection, the exhibition offers a unique perspective on this historical period. We invite viewers to see ‘The World through the Eyes of Young Ion Ratiu’ and engage in a twofold reflection: the post-war era, and the birth of young Ion Ratiu’s lifelong civic orientation. This event is the result of a bigger digitisation project carried out as part of a Project Grant from the Ratiu Family Foundation. The motivation behind this project was to gradually open the Rațiu Archives for online access in order to increase its public visibility and availability for academic research.
Dress code: Bring Your own bow tie
Exhibition launch followed by a reception sponsored by Deli Twist.