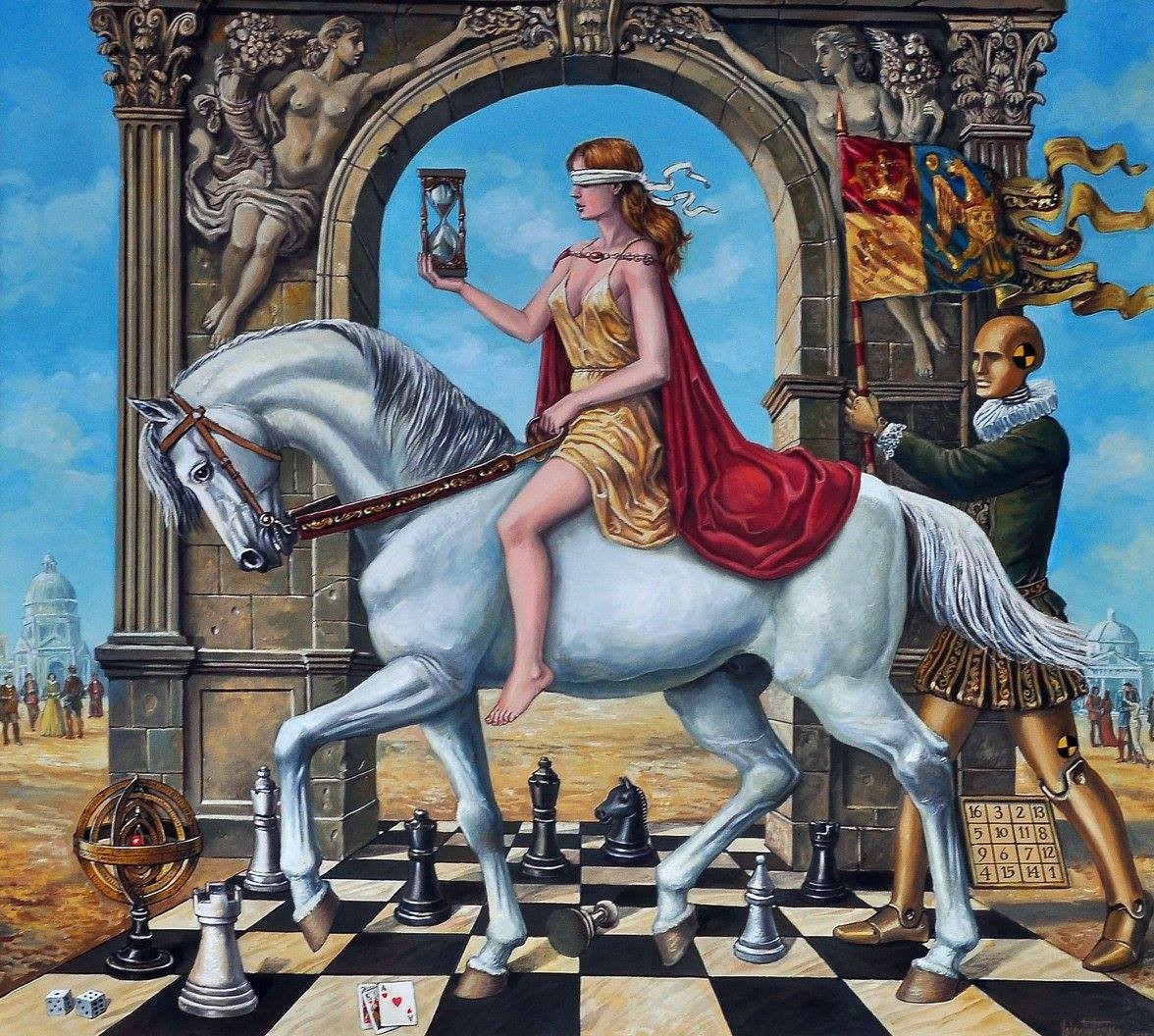 The second stage of the exhibition «Retrospective of Contemporary Romanian Painting Paris - Bucharest» will take place in the prestigious spaces of the Palace «Constantin Brâncusi», Parliament Palace, Bucharest, between 4 and 29 December 2017. We mention that the Paris Stage took place in the exhibition spaces of the "Espace Christiane Peugeot" Foundation in the capital of France, between June 15 and 28 this year.

The opening of the exhibition in Bucharest will take place on December 7, 2017, at 18:00, in the presence of representatives of the Ministry for Romanians Abroad, Mr. Ovidiu Iane, Secretary of State, of the International Conference Center at the Palace of Parliament, of Soleil de l'Est team, exhibitors, and of an art savvy public. The purpose of the exhibition in Bucharest is multiple. Soleil de l'Est presents in front of an erudite public in Bucharest a group of 74 remarkable and prestigious Romanian painters from the country and the diaspora, who collaborated with the association at various exhibitions in the 90s or were invited by the association to the 2001 -2014 artists residencies led by Soleil de l'Est, in French high culture locations.

During these residences the invited painters participated in a series of events, gaining knowledge of the French patrimony by visiting museums, castles, cathedrals, citadels, etc., meeting with members of Romanian communities in the country of Molière, meeting with French painters and their organizations, visiting  higher education institutions of the Arts, but also getting in touch with culture focused contacts from French municipalities.

The exhibition in Bucharest presents a concrete and realistic fresco of what is more representative and valuable in contemporary Romanian painting in the last quarter of the century. The motivation for organizing this exhibition is multiple. There is a retrospective, bringing to the attention of the public all the painters who collaborated with Soleil de l'Est. The works of these painters, true "ambassadors" of Romanian culture, were exhibited by Soleil de l'Est, in various prestigious spaces in France, Paris and other cultural localities, and in recent years, in partnership with the Romanian embassies and ICR , in other capitals such as Brussels, Hague, Bratislava, Rome, Aarhus - European Capital of Culture 2017, from Denmark. At the same time, during the vernissage, there will be a projection of reportages, with the Romanian painters in France, at exhibitions and book launches.

An artistic documentation, consisting of art albums edited by the association, with Romanian painters in France, press books and the posters of the most important exhibitions, will be made available to the public. On the occasion of the opening, the Romanian public will know that the painters in the exhibition were represented in France through their works, visible in the over 150 organized exhibitions.

A total of 74 artists from Romania and diaspora with over 150 works.

More about this event here.