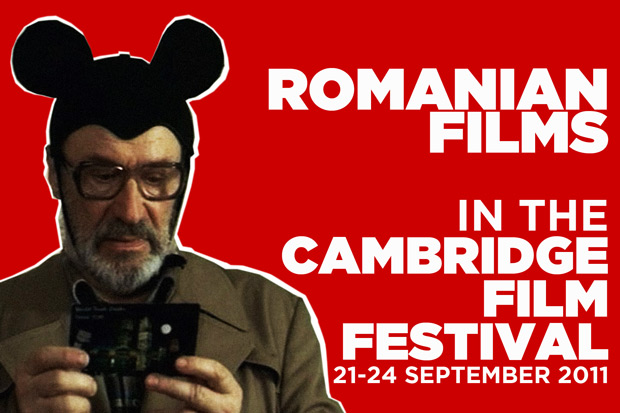 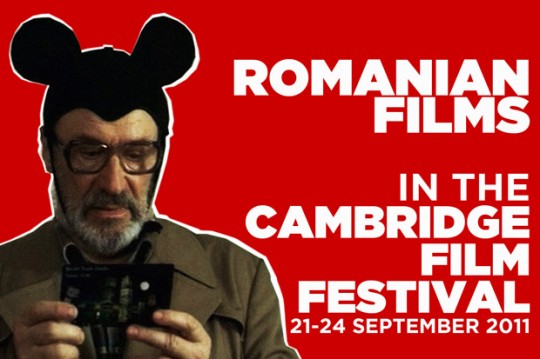 The Ratiu Foundation is pleased to announce that this year’s edition of the Cambridge Film Festival includes a series of Romanian films, ranging from ‘New Wave’ shorts to road openers from luminaries such as Cristi Puiu and Cristian Mungiu, and the mature and still revolutionary Lucian Pintilie. “The Ratiu Foundation is happy to support such an exquisite showcase of Romanian cinema in Cambridge. The Cambridge Film Festival’s decision to present this selection will help film lovers to better understand the origins and development of the ‘Romanian New Wave’. Later this year, in London, the British public will be able to get a new serving of Romanian film from 10-13 November, in the 8th edition of our Romanian Film Festival. Stay tuned for more details.” (Ramona Mitrica, Director of the Ratiu Foundation)”

Three Films by LUCIAN PINTILIE, selected by the director

THE OAK Wednesday 21 September, 15:00, Arts Picturehouse Cambridge THE OAK was made after a 20 year ban, in which Pintilie was not allowed to make films. In 1989, having just lost her father, Nela decides to go and teach in a small provincial town. There she meets Mitica, a doctor at the hospital who, like her, no longer believes in either God or man, and who shares her salutary humour. But the couple stirs up bad feelings. • THE OAK, Romania, 1992, 105 mins AFTERNOON OF A TORTURER Thursday 22 September, 12:45, Arts Picturehouse Cambridge “This was the first time I tried to make a film with the ambition of triggering a moral electroshock. (...) THE AFTERNOON OF A TORTURER is a film about the total incapacity of Romanians to confess and repent.” – Lucian Pintilie In Romania, Frant Tandara, a former torturer in the prisons of the Communist regime, is ready to confess his crimes to a journalist and former political prisoner. • AFTERNOON OF A TORTURER, Romania, 2001, 80 mins NIKI AND FLO Saturday 24 September, 15:15, Arts Picturehouse Cambridge “NIKI AND FLO is a very dear film of mine. Maybe because it’s my last film, in every way, or maybe, who knows, my first film in a different kind of accounting?” – Lucian Pintilie Angela and her husband have decided to leave Romania for a life in the United States. Niki, Angela’s father, is torn between his wish to see his daughter happy and his desire to have her close by. Meanwhile, Flo, the father of Niki’s son-in-law and a kind of domestic tyrant, slowly exerts control over Niki. The script was written by Cristi Puiu (STUFF AND DOUGH, THE DEATH OF MR. LAZARESCU). • NIKI AND FLO, Romania, 2003, 99 mins

STUFF AND DOUGH by Cristi Puiu Thursday 22 September, 18:00, Arts Picturehouse Cambridge STUFF AND DOUGH follows a young man who is given a suspiciously large amount of money and only four hours to deliver a bag of “medical goods”. Directed by Cristi Puiu (who went on to make the internationally acclaimed THE DEATH OF MR. LAZARESCU), it marked the beginning of the New Wave and an exciting decade of cinematic goods. • STUFF AND DOUGH, Romania, 2001, 91 mins THE PAPER WILL BE BLUE by Radu Muntean Friday 23 September, 13:30, Arts Picturehouse Cambridge Set during the confusing night of 22 December 1989, when Ceausescu was about to fall after decades of harsh dictatorship. The original inspiration for the film was a tragic incident that received considerable media attention, in which two armoured squads of Interior Ministry troops who went to protect a military unit were accidentally butchered. Radu Muntean (BOOGIE, TUESDAY AFTER CHRISTMAS) creates a highly unusual, personal view of those days. • THE PAPER WILL BE BLUE, Romania, 2006, 95 mins OCCIDENT, by Cristian Mungiu Friday 23 September, 20:30, Arts Picturehouse Cambridge A rare chance to see the debut feature by Cristian Mungiu (who made the groundbreaking 4 MONTHS, 3 WEEKS, 2 DAYS starring Anamaria Marinca), which premiered in Cannes in 2002. This tragicomedy is set in post-Ceausescu Romania, where the destinies of several people cross - a couple going through a crisis, a young woman seeking a husband in Italy and a police officer on the verge of retirement. • OCCIDENT, Romania, 2002, 99 mins

A programme of short films by young Romanian directors. Saturday 24 September, 18:00, Arts Picturehouse Cambridge • STRUNG LOVE by Victor Dragomir May 1984. Viorel - a nerd from the smithing class of a communist industrial high-school - enters a rivet-production contest hoping to win the attention and affection of Ileana - a schoolmate from the sewing class. • MUSIC IN THE BLOOD by Alexandru Mavrodineanu Petre is convinced that his son is very gifted, but the Gipsy music business is very tough. • THE COUNTING DEVICE by Daniel Sandu Mircea, a long-time employee of the National Company of Motorways and National Roads, brings along his nephew George, an educated but jobless young man, in order to introduce him to his boss in the hopes of getting him a job at the same company. • STOPOVER, by Ioana Uricaru Ingrid, a beautiful and cosmopolitan Romanian woman, is travelling by plane returning to her home in Oslo. During a short layover at the Malpensa airport in Milan, she realizes her wallet is gone. • OXYGEN, by Adina Pintilie Some time during the communist dictatorship in Romania, a man tries to cross the Danube illegally using an oxygen cylinder. // // // // // // // // // The Romanian programme in the Cambridge Film Festival was made possible with the assistance of The Ratiu Foundation. The Ratiu Foundation is a charitable organisation established in 1979 by the leading Romanian dissident and democracy campaigner, Ion Ratiu, and his wife Elisabeth Ratiu. The goals of the Foundation are to further education and research in the culture and history of Romania in particular, and also to stimulate and support civil society in its understanding and application of democracy and democratic principles the world over. Details on www.ratiufamilyfoundation.com . Photo from NIKI AND FLO by Lucian Pintilie © courtesy of CNC, the National Centre of Cinematography, Bucharest