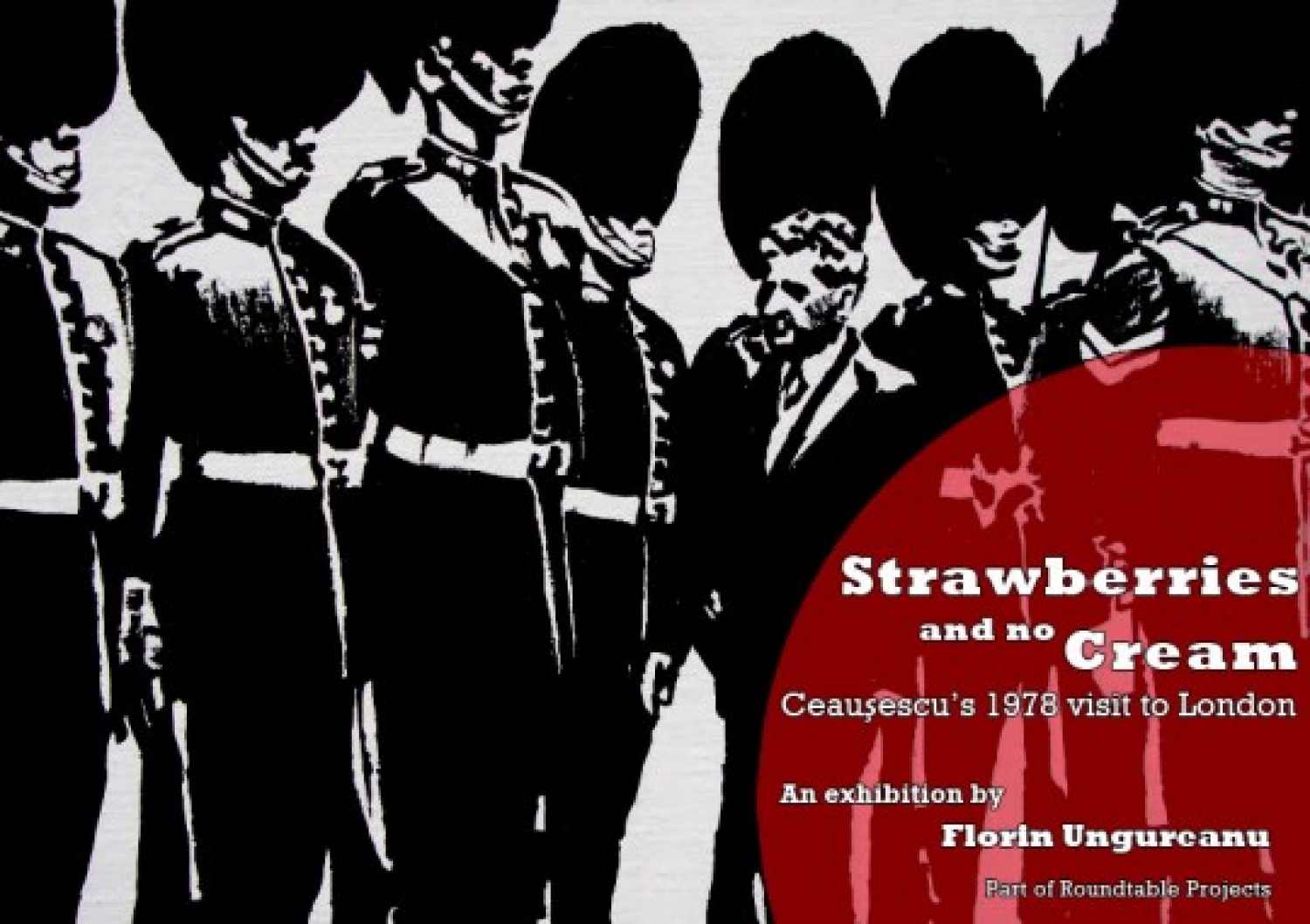 Strawberries and no Cream. CeauÅŸescu’s 1978 visit to London – An exhibition by Florin Ungureanu

The Raţiu Foundation/ Romanian Cultural Centre in London are pleased to invite you to the opening of: 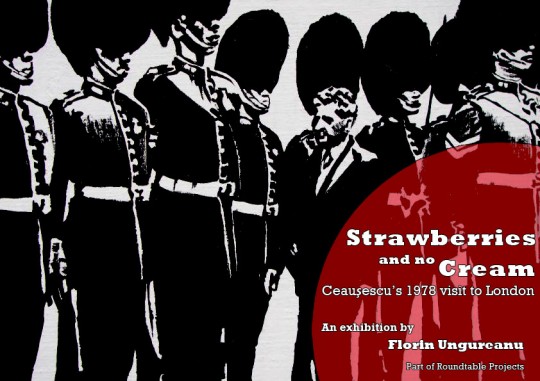 For the photo gallery of this event, please click HERE.

STRAWBERRIES AND NO CREAM. CEAUȘESCU’S 1978 VISIT TO LONDON
71 hours and 30 minutes in and out of Her Majesty’s carriages

Nicolae Ceauşescu’s grandiose national public displays and overseas state visits are powerful identifying images of the face of communism in Romania. The discrepancy between the ridiculous lavish parades and the harshness of his policies at home still triggers amazement through an unforgiving historical eye. After refusing to take part, although a member of the Warsaw Pact, in the invasion of Czechoslovakia in 1968, the western media began portraying Ceausescu as an anti-Soviet maverick. Many western governments went along with this illusion. It was the starting point for a long-lasting tour by the Romanian dictator to western states, sustaining the lie of a prosperous country in the eyes of an oblivious audience.

Florin Ungureanu offers us a detailed account of Ceauşescu’s 1978 visit to London, transforming a historical chronicle into a new narrative on how political and economic considerations may often take precedence over human rights.
The archives of Ion Raţiu (1917-2000) served as the backbone documentation for this exhibition. An important Romanian democracy campaigner, philanthropist and businessman, Raţiu challenged the British authorities at the time, peacefully protesting against Ceauşescu’s visit in London in 1978. Surprisingly enough, the Metropolitan Police decided to conceal any demonstration against Ceausescu (at his specific request!), arresting Raţiu and charging him with ‘obstruction of the police whilst performing their duty’, releasing him only after Ceauşescu’s ‘safe’ return to Buckingham Palace.

The exhibition playfully reveals the hidden stories behind Ceauşescu’s visit to London. At that time, the two countries agreed on a £200 m joint production deal, where Romania was to manufacture 80 BAC 1–11 airplanes and 225 Rolls-Royce Spey engines. The deteriorating economical and political situation in the early 80s rendered Romania unable to pay its side of the bargain, forcing the country to later resort to barter deals. Rumours say Ceauşescu chose to pay Romania’s dues in strawberries, which ultimately, once arrived in the UK, were mostly rotten.

Florin Ungureanu, born in 1971 in Iaşi, Romania, is a British/Romanian artist who lives and works in London. He graduated with an MFA in Fine Art from Goldsmiths, University of London in 2008, previously having obtained a BFA (Hons) in Fine Art /Painting in 1997 from The George Enescu University of Arts, Iaşi, Romania. Ungureanu’s work explores the concepts of power, politics, history, identity and death through irony and humour. Some of his artworks have been chosen by Humphrey Ocean RA for the Summer Exhibition in 2008 at the Royal Academy of Arts London (RA), and Rebecca Wilson from Saatchi Gallery for Zoo Art Fair 2007 also at RA London.

Roundtable Projects is an open platform for cultural projects developed in partnership with the members of the Romanian community in the UK.
For more details about this programme please visit our website at www.romanianculturalcentre.org.uk/