Valentina Naforniţa in Gala Recital for the National Day of Romania 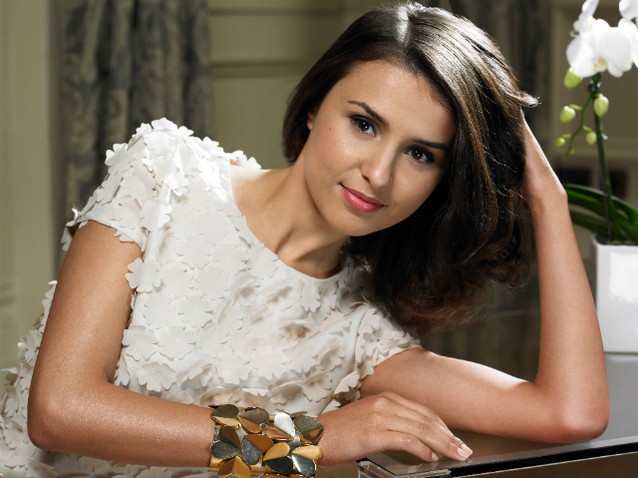 One of the most celebrated voices of contemporary opera, the Wiener Staatsoper star Valentina Naforniţa, winner of the 2011 BBC Cardiff Singer of the World competition, will be giving a Gala Recital honouring the National Day of Romania.

Valentina Naforniţa won the coveted BBC Cardiff Singer of the World competition in 2011 where she was also the recipient of the Dame Joan Sutherland Audience Prize. In the 2011/12 season she joined the Wiener Staatsoper and immediately became one of their brightest rising stars, acclaimed for her explosive vocal ability and irresistible stage presence. She has worked with such leading conductors like Bertrand de Billy, Guillermo Garcia Calvo, Karel Mark Chichon, Gustavo Dudamel, Ádám Fischer, Louis Langrée, Jesús López-Cobos, Cristian Mandeal, Ingo Metzmacher, Kazushi Ono, Evelino Pidò, Peter Schneider, Franz Welser-Möst, Simone Young and Massimo Zanetti. Recently, the fantastic soprano has toured China with the BBC Concert Orchestra and has appeared in a televised broadcast from Beijing. Born in Glodeni, Republic of Moldova, Valentina Naforniţa graduated from the Stefan Neaga Music College in Chișinău in 2006 and continued her training at the National University of Music in Bucharest under the tutorage of Maria Slătinaru-Nistor and Eleonora Enăchescu.

Winner of Debut to Master Soloist Piano Competition in St. Petersburg, Russia (2013), Sergiu Tuhuțiu established himself as one of the leading pianists of his generation. He holds two Master degrees from Staatliche Hochschule für Musik und Darstellende Kunst, Stuttgart and Gheorghe-Dima Academy of Music, Cluj-Napoca. He is also a graduate of the National University of Music, Bucharest. In 2011 he received a scholarship at London Masterclasses and in 2013 he was awarded with Artist Diploma by the Royal College of Music, London. He has studied with outstanding musicians like Norma Fisher, Bruno Canino, Igor Blagodatov, Nina Seregina, Konrad von Abel, Dana Borșan, Steluța Radu, Daniel Goiți and Shoshana Rudiakov. Since 2010, he has been president of the Lipatti Music Production Association. Celebrating the greatest Romanian pianist, he organised a highly acclaimed event, In Memoriam Dinu Lipatti, broadcast on Romanian National Radio and Television. Following this succes, he founded two new projects, Leading Young Musicians and Piano Colours. Currently residing in London, his recent performances include his debut in Russia at the St. Petersburg Philarmonic with Mendelssohn’s 1st Piano Concerto conducted by Vladimir Fanshil.

Find out more about the event here.

This Gala Recital is organised by the Romanian Cultural Institute.