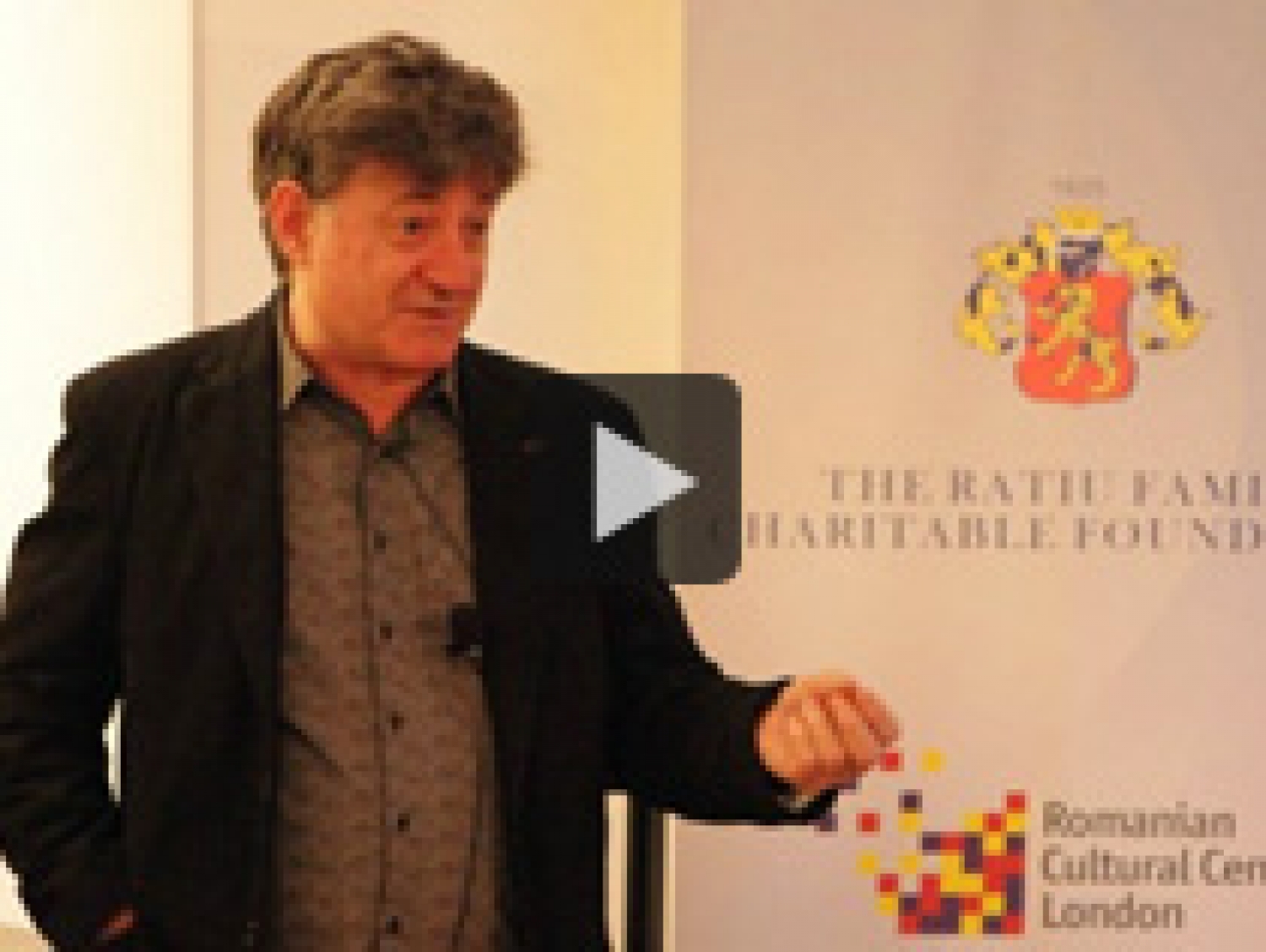 When Do We Want It? Now! Ion Caramitru at the Ratiu Foundation

On the 19th of May 2011 RCC had the pleasure to host a Culture Power Presentation by Ion Caramitru. The event was followed by a Q&A session withDr Mike Phillips OBE

'In February 1992, I was invited to London by Mark Fisher, Shadow Minister for the Arts on behalf of the Labour Party, to hold a conference in the British Parliament, together with Umberto Eco and Gunter Grass. It was an event organised in collaboration with the Paul Hamlyn Foundation. I wrote and spoke about Romania and its recent history, and about myself. Speaking recently within the conferences organised by the National Theatre in Bucharest, I entitled my talk 'Limitele asteptarii' (When Do We Want It? Now!) and I realised that what I was saying in 1992 had unfortunately remained still very relevant.' Ion Caramitru. In the part of the world that I come from, a generation was born and lived which, besieged in its own country, understood that culture was the only way out. To overcome a deep sense of metaphysical fear, this generation formed deep and trusting friendships, searched for books, went to the theatre and made great efforts to learn foreign languages [...] Looking back on it now, why does it remind me of Gogol, of Dostoyevsky, of Swift? Why, at a time of lies and compromise, did I feel the need to withdraw into the theatre? Was it because everything seems possible there? [...] I recall that several years ago in an interview, I answered the question: 'What does the theatre mean to you?' with the words: 'A chance to survive.' (excerpt from the 1992 conference held in London, in the House of Commons.)

More information about the event please folow the Link