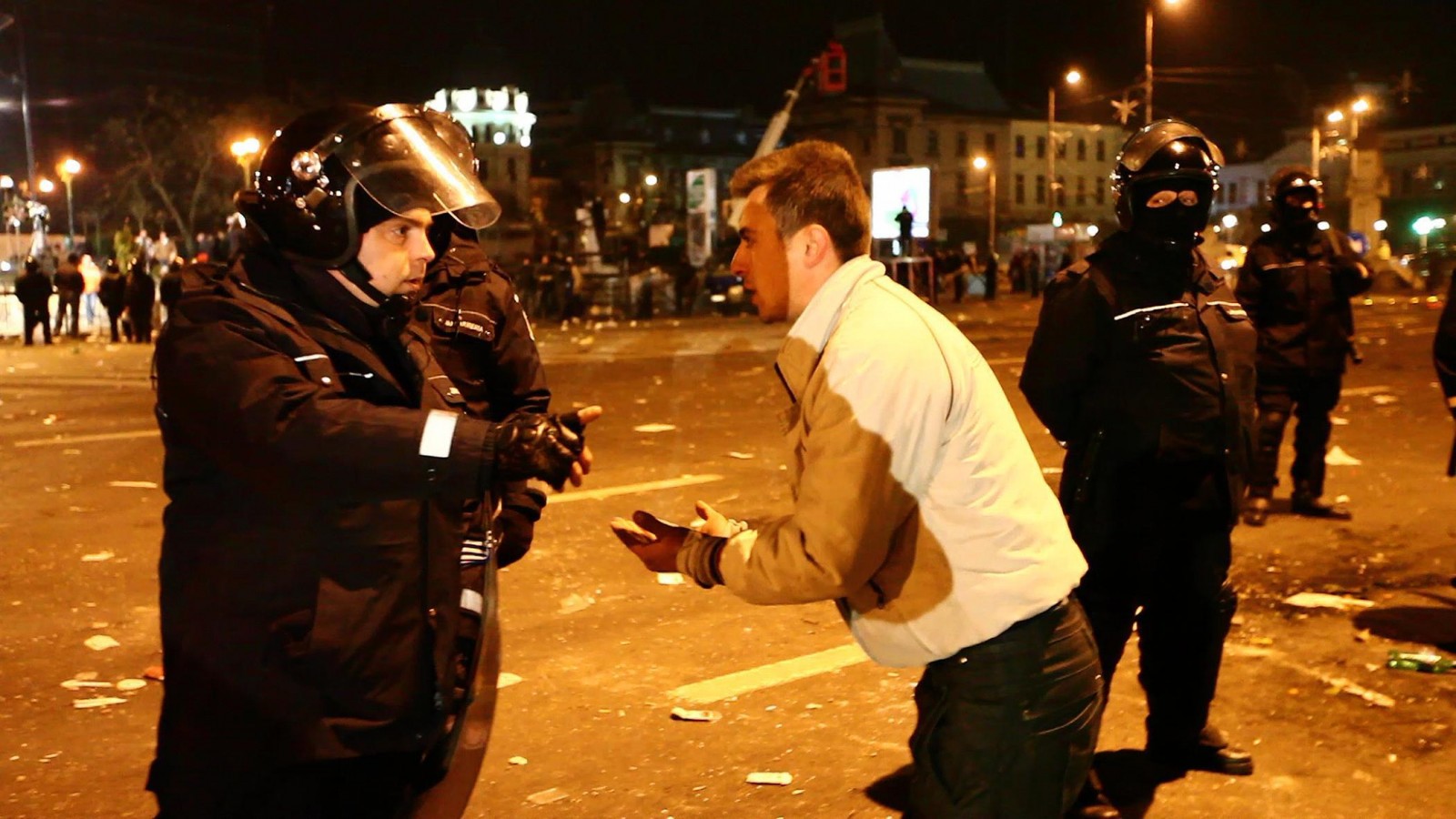 WHERE ARE YOU BUCHAREST? (2014)
A documentary film by Vlad Petri

The screening will be followed by a Q&A with Film directors Vlad Petri and Laurentiu Calciu (‘After the Revolution’, 2010) , moderated by visual studies researcher Mihaela Brebenel.
Tuesday, 19 May 2015, 7:00 - 9:30 pm
The Romanian Cultural Centre in London (RCC) has the pleasure to invite you to the UK Premiere of WHERE ARE YOU BUCHAREST? (2014), a documentary film by Vlad Petri.

A compelling observation of the 2012 anti-government protests in Bucharest. Vlad Petri’s film documents the first days of the protest through to the final days of the Referendum to oust President Basescu. These uprisings marked a significant change in attitudes towards public protest in Romania, many of the participants being politicised for the first time.

Following the collapse of Communism, with a few exceptions, large public demonstrations in Eastern Europe were not common. However, in 2012 Romanians came out in force in what became one of the biggest protests in the country since the 1989 Revolution.

Where are you Bucharest? is a striking portrayal of people devoid of a strong political voice who seek representation in a crowd that seems to lack a coherent set of demands about their society as a whole. The film raises questions about the role of the public space, the power of the individual and the understanding of democracy in a society caught between a communist past and an uncertain future.

The discussion will be followed by a reception sponsored by Deli Twist.