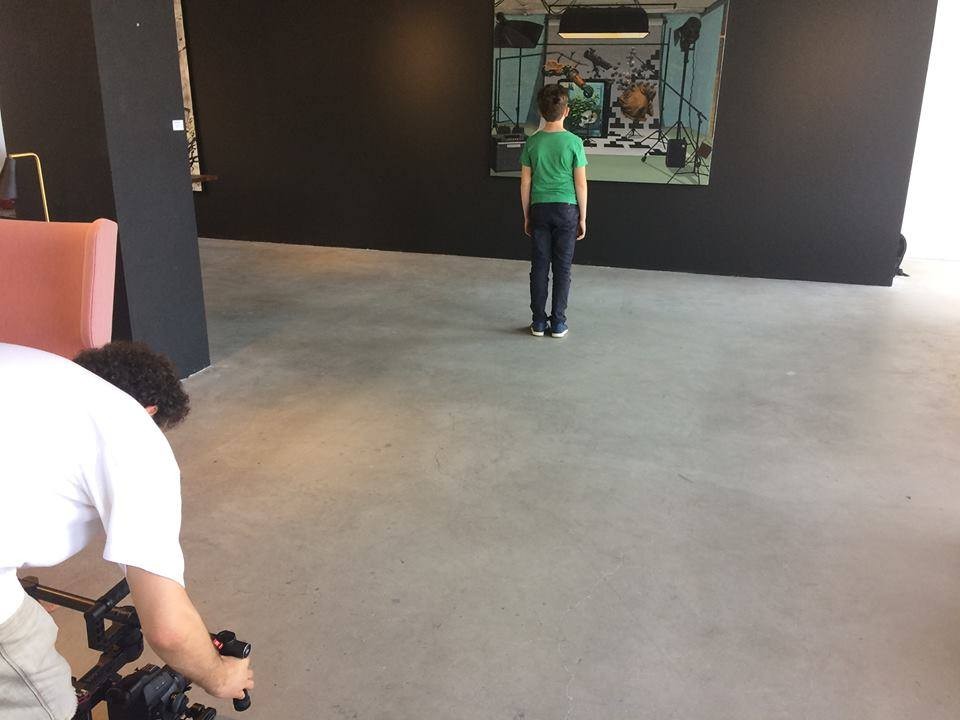 As you know ROUNDTABLE PROJECTS is an open platform aimed at developing a collaborative network of interests and opportunities for the Romanian community in the UK.

This year we've also launched FRAGMENTS dedicated to Romanian storytellers & filmmakers from the UK and Romania.  All they had to do was to submit an idea in response to our brief;  after careful consideration we've selected a concept which met the criteria, but also got us excited. Below is our very own Q&A with the director of LIVING MEMORY, Andrei Dudea.

Can you tell us about the origins of this project?

I was working with archive material on a previous project, video and photo and thought about how nice it would be to try to change the meaning, embezzle them from their original meaning in order to create new meanings.

How did you approach working with young actors?

I tried to be as direct as possible with them - as I would talk to an adult, while I kept in mind that their attention spam is short, sometimes painfully short... I also bribed them with cookies.

Can you tell us about film's visual style?

The style is a mix between different types of media. I'm working with digital footage, printed photographic paper - on which I am making interventions with chemical substances, mostly chlorine and acetone - and photography to create a stop motion effect. I think that lyrical films made by Stan Brakhage left a mark on me so what I'm trying to say is that the visual style is somehow going into that direction.

Because I'm interested in Memory and the way we relate to it. I think that while we try to recall certain images or facts of our past , our imagination tends to get in the way to construct a new product of recollection. Put into a different context the object of remembrance takes new forms and meanings. Probably this is already scientifically proved. I'm just trying to create a visual out of it.

What films have been the most inspiring or influential to you and why?

Alan Berliner's Nobody's Business for the brilliant way he edited the film. The film is made up mostly out of found footage and interviews with his family. While the film apparently treats a family subject, it actually unfolds a larger portrait of the American society. Abbas Kiarostami's Taste of Cherry for the original way in which he builds up the narrative. I love all his films!
If I remember properly, Wim Wenders' Paris, Texas is build in a similar way - you realize what the main character plans to do later in the film with the exception that in Taste of Cherry you never know why the character does what he does.

Apichatpong Weerasethakul's Uncle Boonmee Who Can Recall His Past Lives for the cinematic styles he used to build up the film - there are several cinematographic styles used that create a specific atmosphere, one that I cannot really define. I also don't really understand the political subtleties of this film but I think that's ok. I love the dream-like state that he creates in all his films.

I think all these films deal with the theme of memory and how history (individual history versus Big History) defines the actions taken by the individual in the present tense of the film. Maybe all films do that but that's how I look at the examples given now.

There will be a Teaser for Living Memory coming soon and also a screening in Autumn and we cannot wait to tell you more about it.